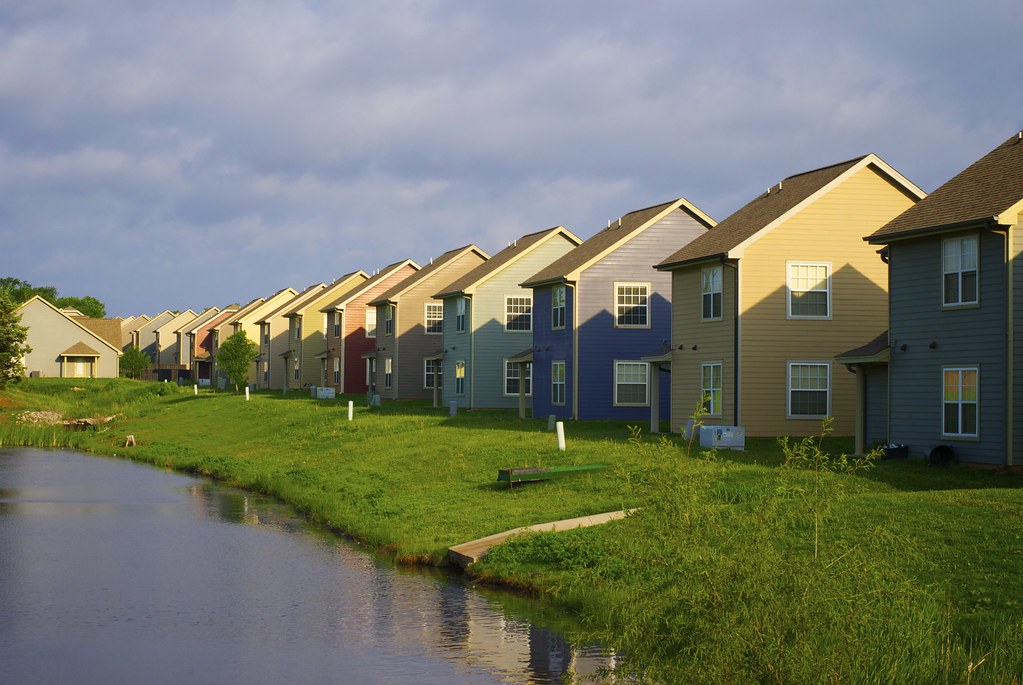 My wife and I came across this row of colored houses while out for a walk the other day, and I stopped by the next morning to take a picture. Unfortunately it didn’t turn out as well as I had hoped due to a couple of reasons.  First, it was early in the morning and I don’t like the shadows being cast on the houses by each other. It kind of adds an interesting spatial element to the photo, but I think it’s a bit distracting.  Also, the sky is way too cloudy which lends a somewhat dreary and dismal mood to the picture, which is not what I was going for at all. I did some retouching on this in Photoshop, but didn’t want to go as far as actually removing the cloudy sky and adding a nice blue one instead (and then the pond wouldn’t look right either).  I plan on going back and re-taking this photo in the coming weeks, but I think it’s worth posting here on Weekly Fifty for what I learned from it, not because it’s a particularly noteworthy picture.