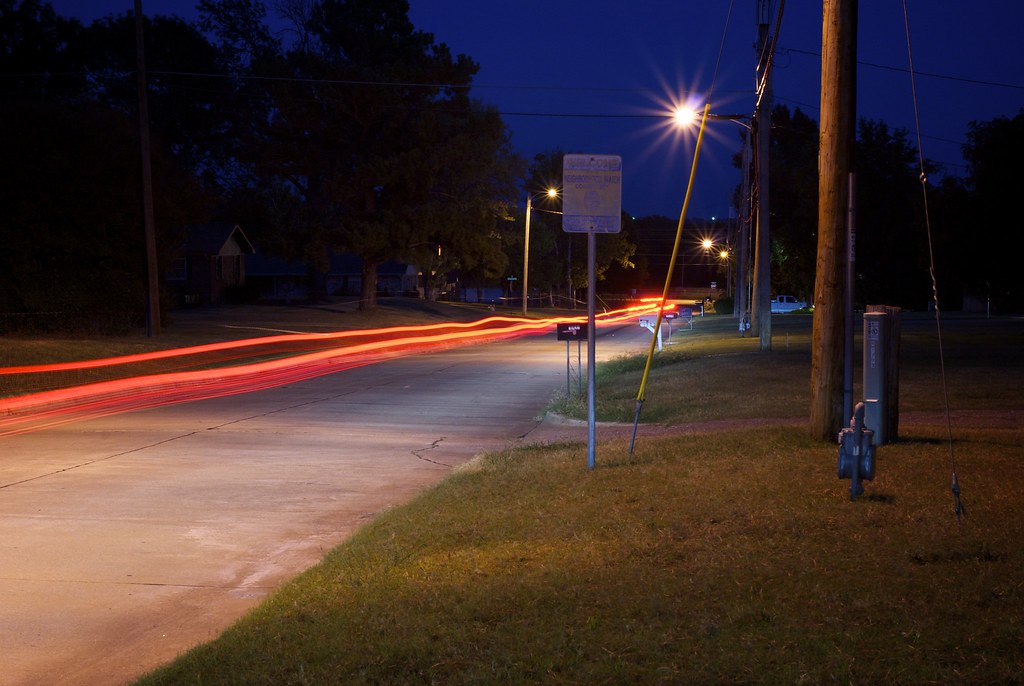 Shortly after I took a picture of a relatively foggy morning, I found myself playing outside with my son before his bedtime. I don’t normally shoot in manual mode, but for this picture I wanted to get a nice set of light trails as well as the star patterns on the lights, so I adjusted the shutter speed for 15 seconds, aperture f/11, and ISO 200 in order to get the picture the way I wanted and not what the camera wanted. The only hard part was waiting for someone to drive by, which doesn’t often happen on this road at this hour. After 20 minutes a minivan kindly obliged my whims, and I was able to capture the evidence. Thanks, minivan!