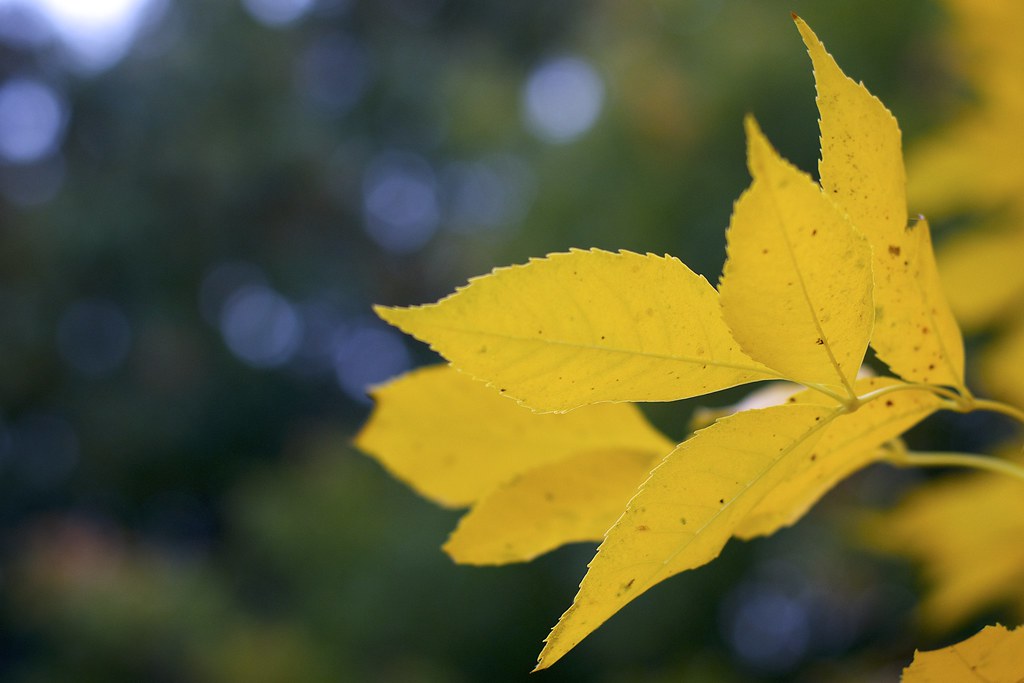 We have a tree whose leaves turn bright yellow for about three days a year, and I wanted to try to capture that here. This shot is decent, but I see a lot of room for improvement mostly because the focus was not as sharp as I would have liked. At f/2.8 the depth of field was a bit too shallow to get everything in focus, but I didn’t realize that until much later.
This photo illustrates one of the shortcomings of shooting with a 50mm Prime lens (at least on an APS-C camera, anyway). This tree is the first one in the neighborhood to turn colors each autumn, and I wanted to get a shot that illustrated how the tree stands out from the rest. It’s difficult to show this without a wide-angle lens though, and even after putting at least 150 feet between myself and the tree there was simply no way to get much more in the frame than just the tree itself. What I did instead was focus on one cluster of leaves while using a neighboring tree to create a dark green background as a way of showing how this tree tends to stand out from the rest.