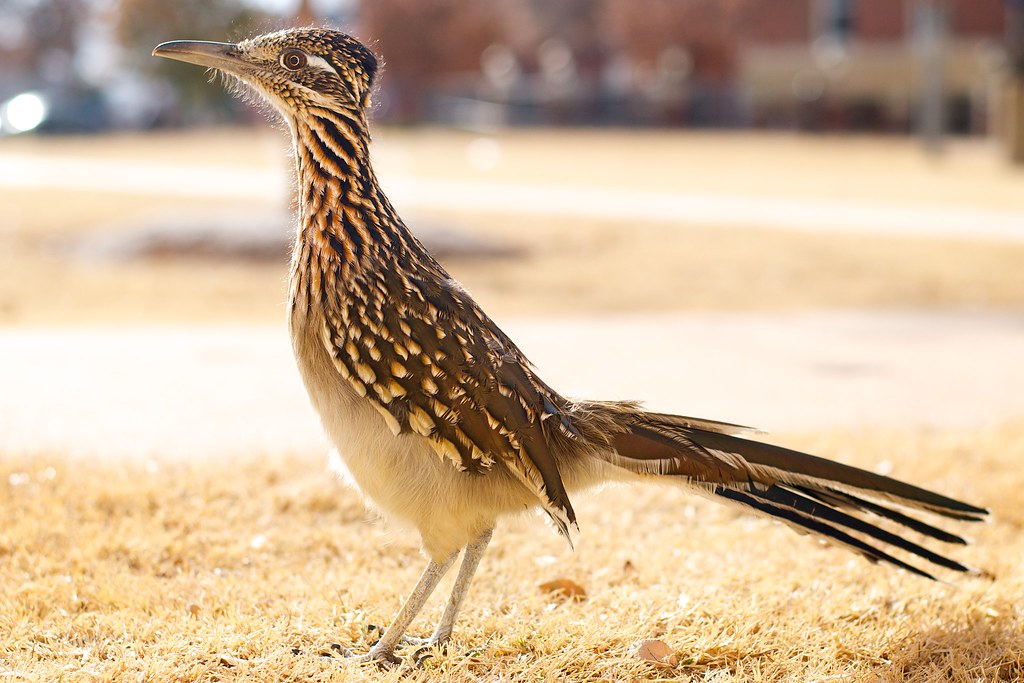 Normally these little guys are always on the move, but I think this one was looking around for food and didn’t really care too much about the weirdo pointing a lens in his face.  This photo was almost a classic case of camera regret in that I walked past him while taking a box of stuff to my car, and for a few frustrating seconds wished I had brought my camera with me. It was back at my office and I thought there was no way this bird would stay put in the meantime. I figured it wouldn’t hurt to try though, so a few minutes later I returned with my trusty D200 and 50mm lens, and much to my surprise this roadrunner was still hanging around by the west side of Murray Hall. The next part was tricky though, because I had to get quite close in order to take his photo. Since prime lenses have no zooming functionality this meant I had to creep closer on my hands and knees while doing my best to not disturb the little fella. He didn’t seem to mind too much, and let me pop off a couple of shots before rushing off to find some insects or small animals to munch on.