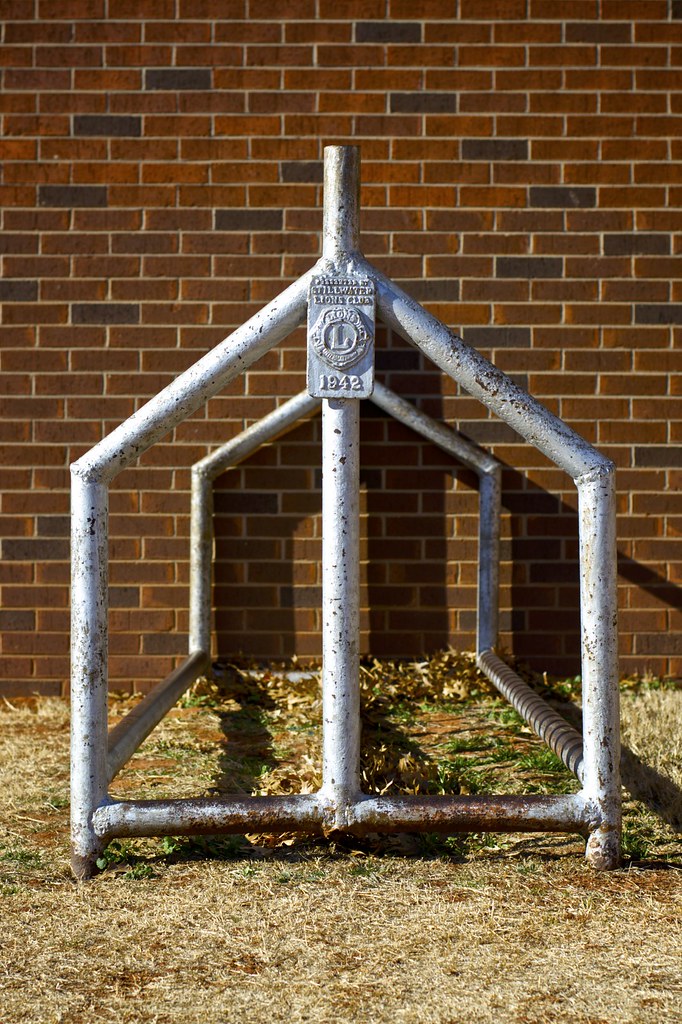 Another photo opportunity I came across while out walking with my son, this bike rack we found outside a local elementary school has apparently been in use for more than seven decades. A lowly bike rack is the kind of thing one might easily dismiss and ignore while strolling past or chaining up a bicycle, but it’s somewhat inspiring to think that local schoolkids have been using the same instrument to secure their bikes as their grandparents once did. As this metal contraption, donated by the local Lion’s Club, was being installed outside the elementary school, American GIs were off fighting the Axis powers on the other side of the world. Alaska and Hawaii had not even joined the union. Baseball was still segregated. The United Nations had not even been formed.  Suffice it to say, this bike rack has seen an incredible slice of history.  Sure the ol’ rusty metal contraption could use a new coat of paint, but it’s still just as functional as it was 72 years ago. And that’s something we can’t say too often in this day and age anymore.

Pausing to ponder this makes me think about what else around me I take for granted on a daily basis, and how critical it is to preserve the artifacts from our history that tell us so much not only about who we are, but where we have been and ultimately where we are going.