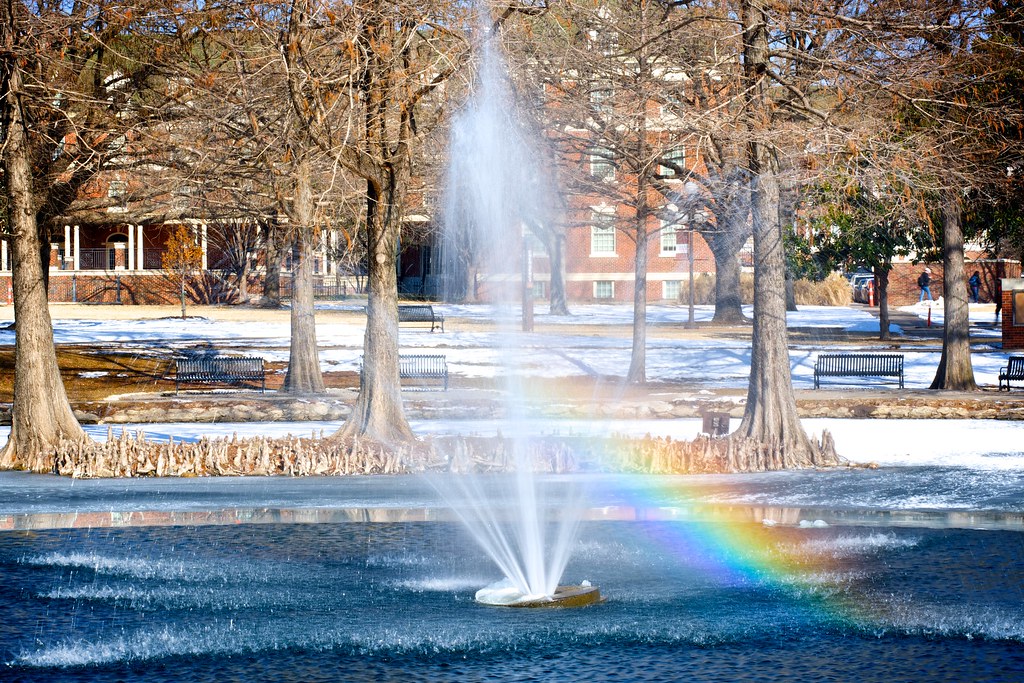 This is actually the sequel to a photo I took a month ago, but since I was not especially pleased with the original I wanted to give it another shot (har!). Basically, I wanted to get a picture of this fountain along with the rainbow, but a lot of things had to come together in order for it to happen. It had to be a clear day, there couldn’t be a lot of people wandering around, I had to have my camera and tripod with me, etc. Since there’s only so much one can control when going out to shoot photos, sometimes it’s best to just work with what you’ve got and hope for the best. My goal here was to capture a sense of motion by leaving the shutter open for a little longer than on the first photo. To that end I think I succeeded, though as always, there are a few things I wish I could go back and change. But this type of self-reflection, if used carefully, can be one of the most valuable tools a photographer has. It’s important to walk the line between reflection and regret, though, and remember to use any successes or failures as opportunities to learn and grow, not as reasons to become complacent or to wallow wistfully longing for the photo that almost was.

That being said, it’s fitting that this post comes one year to the day after I started this weekly blog, and I appreciate all the feedback, both here and on other social mediums like Facebook and Google+.  I still don’t consider myself a photographer, but rather someone who just likes taking pictures.  It has been fun learning and growing, and perhaps one day I will get there, but in the meantime I hope to keep posting photos here one week at a time.