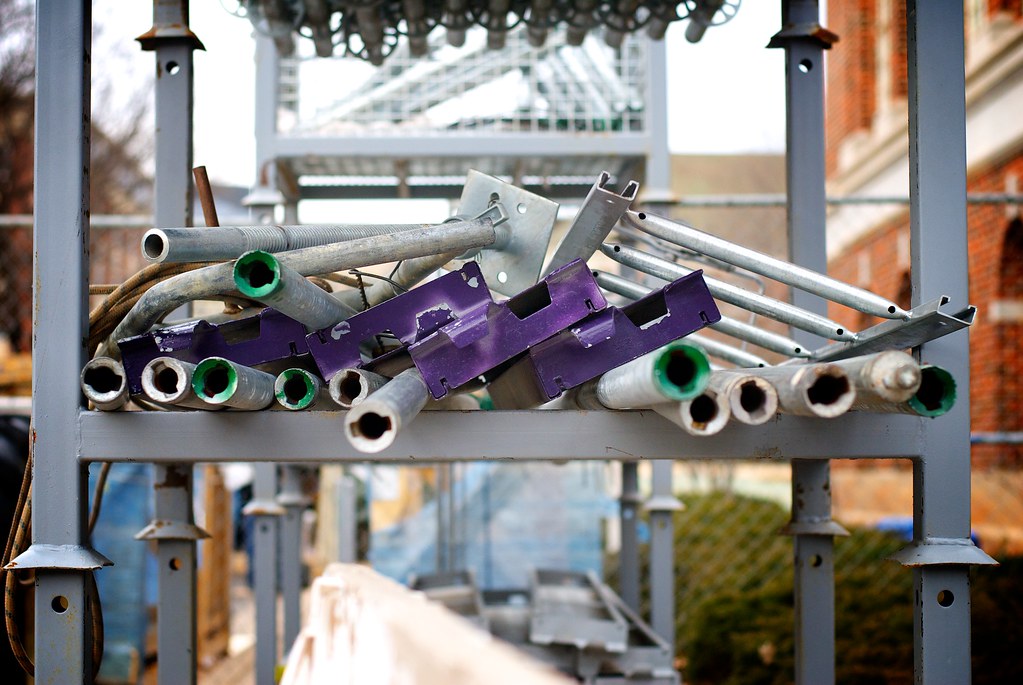 I have walked past this construction site several times, and finally got around to snapping a photo of the colored beams and pipes that are always stacked up on one side of the jobsite. I like the complementary purple and green colors of the beams and pipes, and thought it might make a cool picture. There were a few issues to consider like framing and aperture, and in the end I’m fairly pleased with the result. As I was kneeling down snapping a few pictures I heard a voice behind me say “Hey, you got a permit for that?” Turns out it was just a coworker giving me a hard time, but a little part of me panicked in that moment because no, I most certainly did not have a permit. Then again, I didn’t think I needed one, and in truth, I probably don’t. Still, in that moment it did make me want to don a black suit and some night vision goggles so I could take on an alternate identity as a sneaky photographer taking pics of shady goings-on and bringing the truth to light. Fortunately I did not consider that thought for very long :)