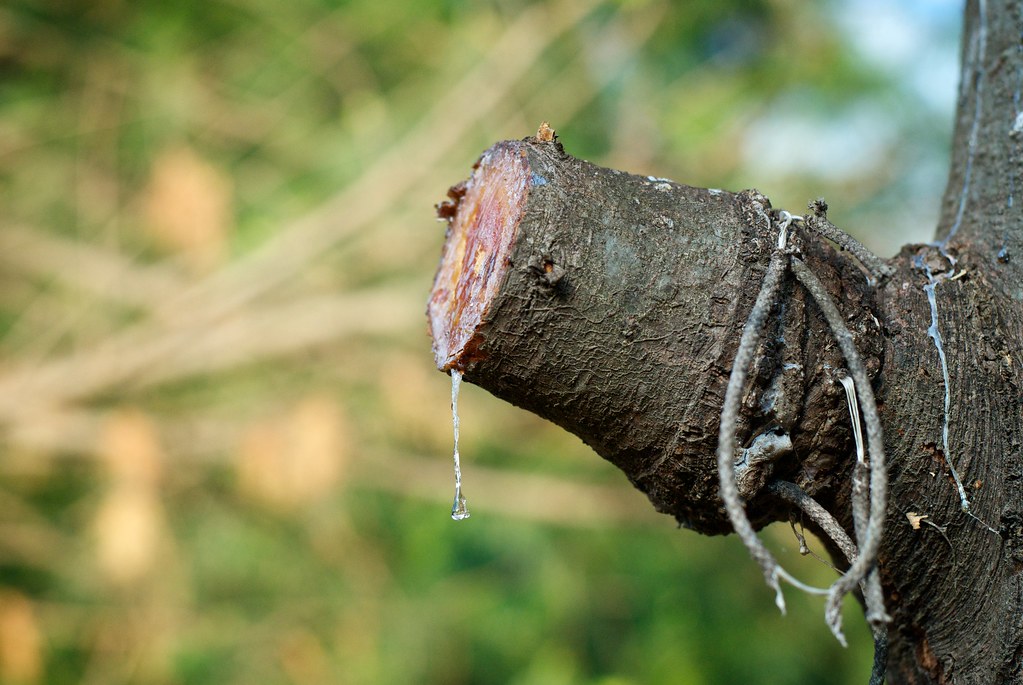 This was quite an unexpected photo, as I was visiting my parents in Nebraska and went to take a look at some of the trees my dad was cutting down in the back yard. On several stumps, long sticky drops of sap had collected and hardened over the past week and I thought I would try to get a closeup shot of one. As I walked past some of the pine trees looking for a good vantage point from which to shoot, I came upon this stump which had, curiously, a loop of string tied to it. Upon closer inspection I realized that the tree limb had grown around the string, which was most likely tied in place by me or one of my siblings many years ago. We used to play behind these pine trees, digging holes and hiding all manner of artifacts in their aromatic branches. Did this string once hold a sign? Was it used to lure rabbits with a bit of food at the end? Perhaps it was one in a long line of ambitious but ill-conceived booby traps designed to capture unsuspecting trespassers like the neighbor kid. I honestly don’t know what this string was there for, but it was a fun tangible memory of a carefree time gone by.