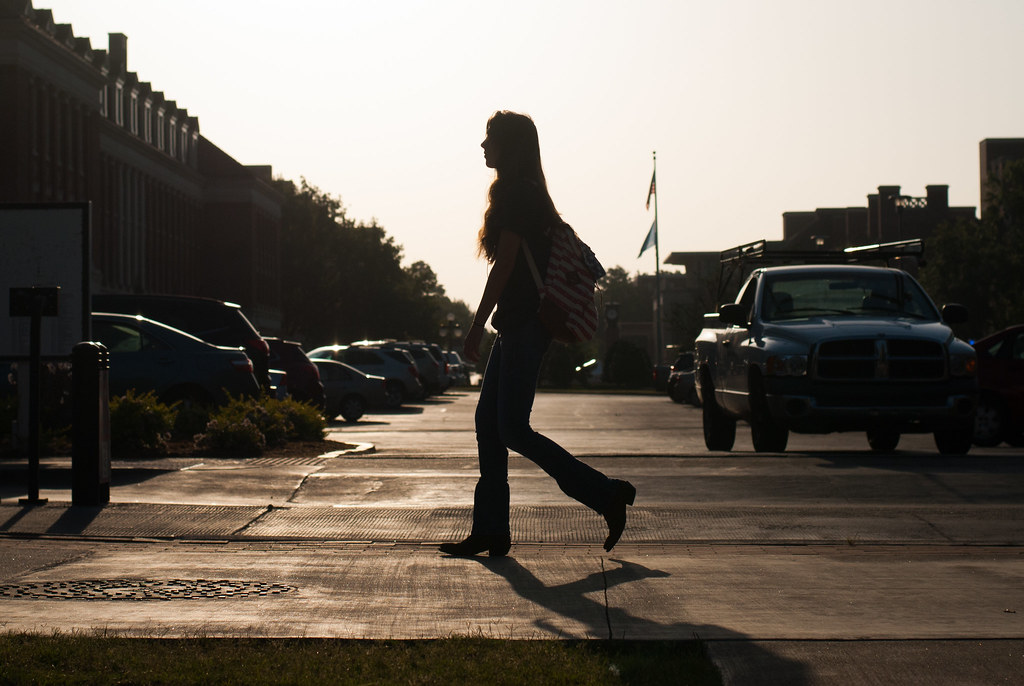 When I get to work the sun is usually just peeking out over the horizon, which means that pedestrians and passers-by tend to cast long shadows in the early morning light. This phenomenon is somewhat short-lived, since the sun rises fairly quickly, but the other day I took just a few minutes and sat down outside my building waiting for people to walk by in hopes of catching an interesting silhouette. But more than that, I wanted something that would capture a sense of motion and life. It is a college campus after all, and there is usually something happening around here no matter the time of day. Sure enough, a few people and bike-riders did travel past and I snapped a few photos of each one not really knowing what would happen. Since I don’t normally do this sort of thing I wasn’t sure what aperture to use so I tried f/4 just for kicks and figured I would adjust things accordingly for next time based on the results of this experiment. When I got back to my computer I realized that most of the photos were just not very interesting, and even though the subjects were moving when I shot the pictures, that sense of kinetic energy did not really come across in the photos except for this one. It’s clear that this girl is going places, and her cowboy boots lend a distinctly western feel to the photo as well. The bit of rim lighting on the front of her legs was a nice bonus too, and this makes me want to do more of these types of silhouette shots.