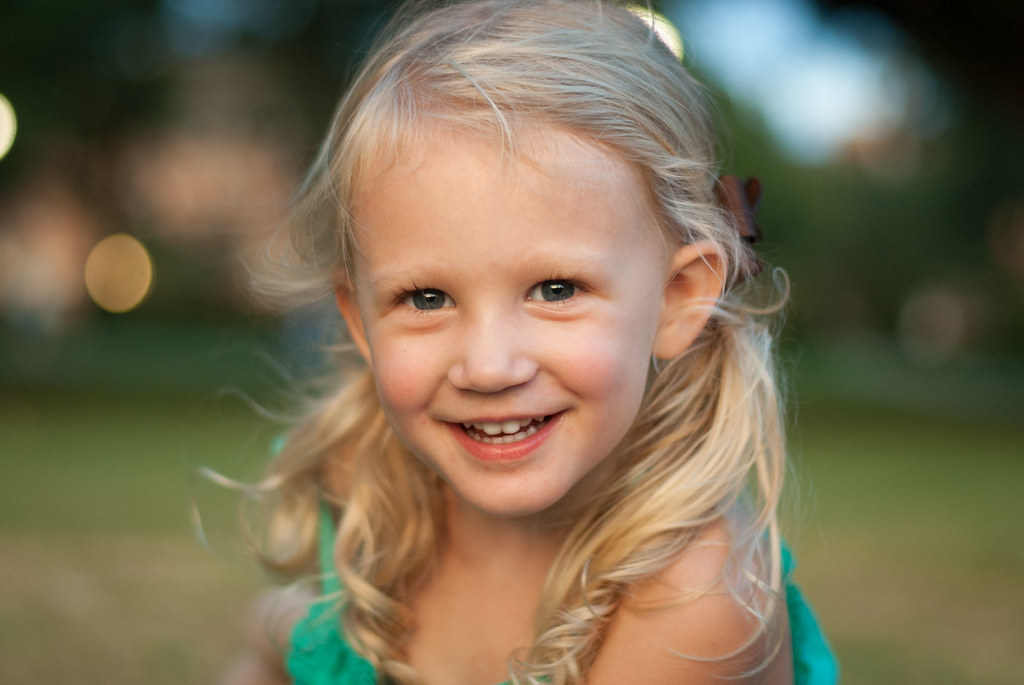 While I enjoy photography as a hobby, I also have fun taking photos for friends and family and hope to do it more as I get experience and build up a portfolio. Recently some friends asked if I could take photos of their newborn baby, so we went down to the OSU campus and spent an evening in the waning daylight taking all sorts of pictures at a few different locations. Most of the evening my 50mm lens was on my D200, and 35mm lens on my D7100, which allowed me to switch back and forth between the two lenses in an instant (though I did actually switch lenses from one camera to the other at one point because, when push comes to shove, the D200 can’t quite match the image quality of the D7100). A couple of times during the evening I fired off a few quick shots of the couple’s other daughter who recently turned 3, and if I remember correctly this picture here was the last one I took during the entire session. It was a moment of pure serendipity, and as the sun was almost at its lowest point on the horizon I called out to her and made some sort of funny joke or comment which elicited one of the purest children’s smiles I can recall seeing. It struck me that after an hour of positioning, posing, and adjusting everything possible, this spontaneous picture ended up being one of my favorites from the whole ordeal. Don’t get me wrong–I got plenty of good shots, and many with the 35mm lens so I can’t really post them here, but something about the sunlight reflecting in this girl’s eyes, combined with her million-dollar smile and the the glow of lamplight behind her, made this the kind of shot that reminds me why I like photography so much in the first place.

A couple other notes from the evening, for anyone interested in doing this sort of thing:

• I used this reflector for most of the shots (but not this one), and had one of the parents operating it while I snapped photos. For $20, it’s one of the most mind-blowingly useful tools you can have as a photographer. My wife bought it for me after seeing it on Young House Love, and if you’re looking to up your picture-taking game I highly recommend it.

• A $20 basket from Hobby Lobby, plus a few blankets, is all you need for some really cool newborn shots.

• Don’t be afraid to toss your gear around. Your camera will be just fine if you set it on the grass for a little while :)

• Kids don’t sit still, so get used to the idea of taking a lot of shots. Like, a ton. I went home with close to a thousand which I pared down to about a hundred and then pared down even further.

• Finally, whenever kids are involved, you really really really have to get in the mindset of taking photos at their level. Most of the evening I was on my knees or stomach in a prone position.