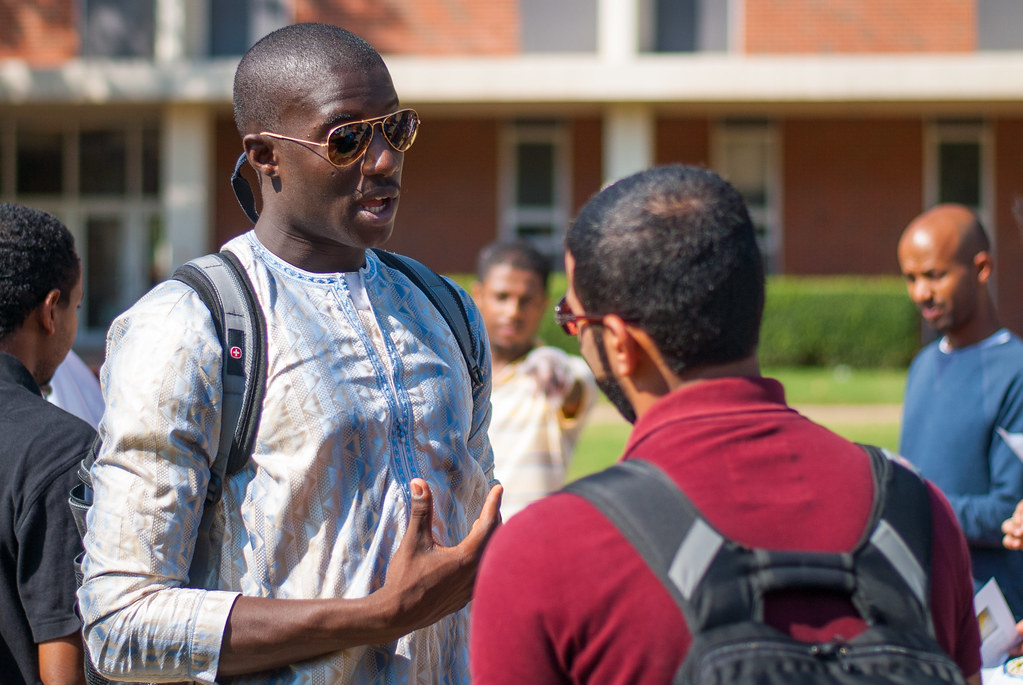 One of my photographic weaknesses is street photography: I just can’t seem to get comfortable taking photos of strangers in public places. Something about it feels strange, as if I’m invading their personal space or doing something illegal. In truth, most street photography is perfectly legal and most people don’t mind having their picture taken at all. It was with this mindset that I approached OSU’s recent International Expo, an annual event wherein student groups from countries all around the world sell food and do various cultural demonstrations. It’s a fantastic event and a great way to not only get some photos, but give your taste buds a sort of instant passport to the world.

Armed with my D200 and 50mm lens (not the best combination for this sort of thing, btw. A wider lens would be much better), I took a few dozen photos during my time at the event but was only happy with this one. I’m just not comfortable getting up close and personal with strangers, and as a result most of my pictures looked boring and uninteresting. I wanted to find a way to capture something happening instead of just static images of food or people standing around. To that end, I kept my camera at F/4 or F/2.8 and tried to get close enough to get good shots without being annoying. And like I said, most of them just didn’t work out. The images I got had no sense of emotion, personality, or even humanity, and many were poorly composed to begin with. This one, though, turned out quite well: I like how the subject is framed, and how he is clearly engaged in some sort of meaningful dialog with the guy in the red shirt. I shot this at f/1.8 which gave me a bit of depth of field even though I was several feet away, and the overhead lighting was at just the right angle to make things interesting. Even though you can’t really tell it’s an international food fair, I think it does a good job of capturing a bit of the energy and activity of the event.