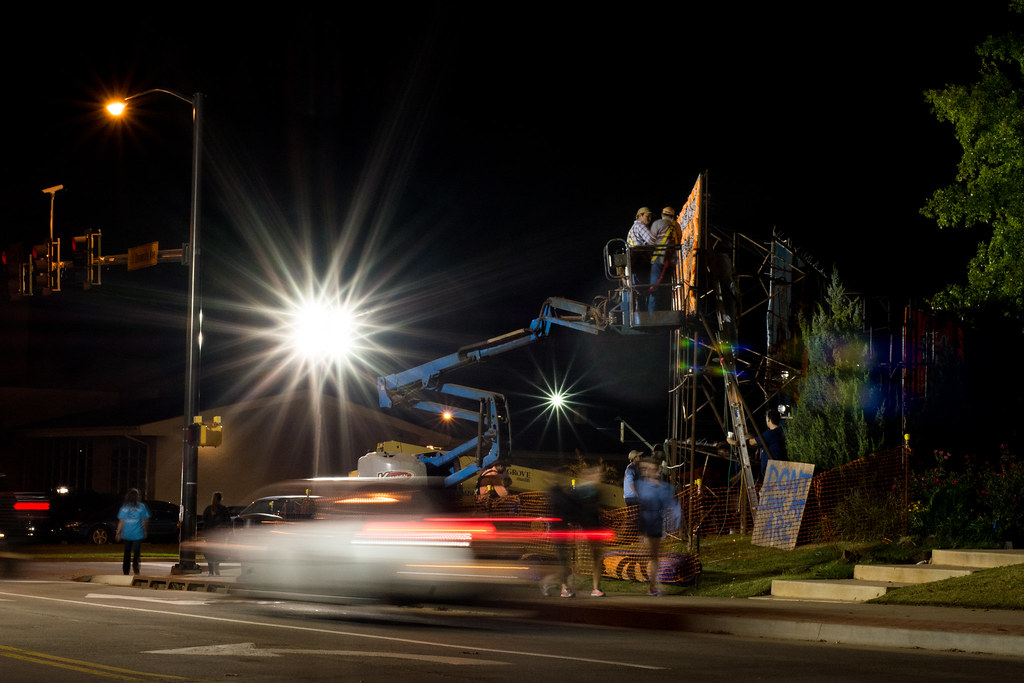 Each year the fraternities and sororities at Oklahoma State University construct elaborate decorations for our annual homecoming celebration, and on Friday night before the big football game everyone in town heads to campus for an event called Walkaround. It really is a sight to behold, with fifty thousand people milling around, live music playing, vendors selling all sorts of food, games for the kids, and of course the massive decorations–many of which feature animatronic moving parts. The Alumni Association bills the weekend as “America’s Greatest Homecoming Celebration,” and while I can’t verify that claim with authority, I can say that it sure is a cool experience.

This year I went down on Thursday night as the final preparations were being made, with the intention of getting a few pictures as the decorations (or “decks,”) were being assembled. I had hoped to get a shot of someone welding so I could get spark trails, but it was not meant to be–the welding was all finished at this point. Instead I captured this shot and a few others like it, which were intended to show some of the preparations as well as the hustle and bustle of the evening’s activity. I don’t know that this picture does a good job, especially since you can’t really see what the two guys on the lift are actually doing, but I was pleased that I was able to capture the light trails from the passing car as well as a general sense of what it’s like on a nighttime construction job.