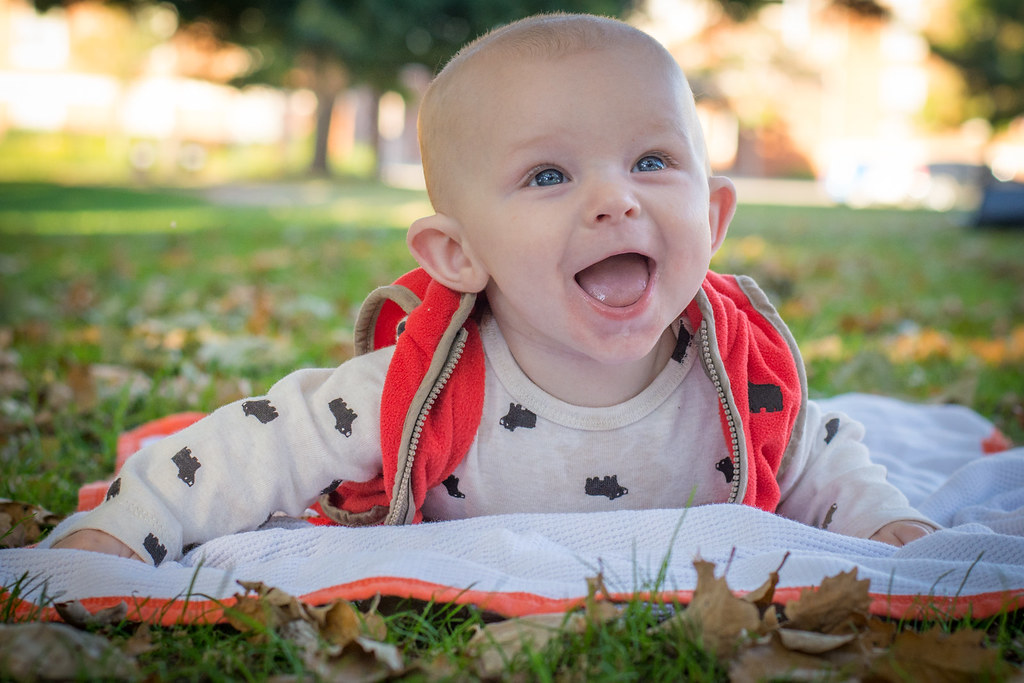 I tell you, one of the coolest things to do as a photographer is to help capture moments in the life of a family that they will have with them for years to come. It’s a humbling thought, really, to know that you are responsible for freezing an image in time of someone’s child that they might look back on decades later and treasure for the rest of their time here on earth. But as a photographer, that is exactly what you get the privilege of doing, and it’s a thought that rattles my nerves probably more than it really should. On a crisp autumn morning I met this family at our agreed-upon location and quickly got to work taking photos before the sun rose too high and their baby started to get fussy. Turns out my fears of the latter were a bit unfounded, as the boy was the picture of happiness all morning long, and we had a fantastic time just walking around and taking photos.

Thanks to lessons I learned on previous photo sessions I knew to shoot most of the morning at f/4, ISO 400, with the 50mm lens on my D7100. This was great for individual shots like this, but even better for group photos of the whole family. Using a much wider aperture might get a tad more background blur, but you run the risk of someone being out of focus thanks to shallow depth of field. Honestly, even though you all know how much I like my 50mm Prime lens, most of the session could probably have been shot with a kit lens, so let that be a lesson to you: you can probably squeeze more out of the gear you already have than you might think.