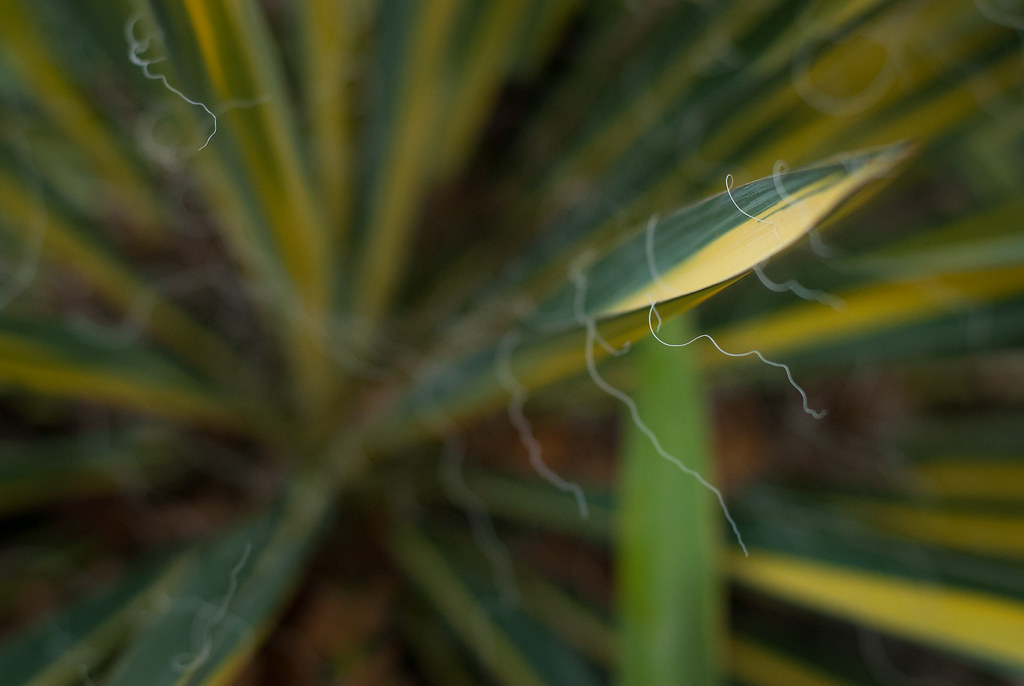 I certainly had no intention of capturing this photo when I went out on a brief walk one chilly December afternoon. My only goal was to get a picture of something, but I didn’t know what that would be. This time of year there’s a dearth of colors in nature, and on an overcast day like this one the world almost looks like it’s being displayed through a sepia filter. This splash of green caught my eye though, and when I looked closer and saw the little tendrils poking out from the side of its leaves I knew I had found my subject. The hard part, then, was figuring out how to shoot it in such a way that one of the wisps would be isolated against the rest of the plant. I ended up shooting this at f/2.8 (1.8 would have resulted in a depth of field that was simply too shallow, while f/4 or smaller would not have been able to isolate just one solitary strand like this) using manual focus, and it worked out pretty well. I don’t know anything about yucca plants, but I must say, if they can stay green through the winter then I’m already kind of sold on them.