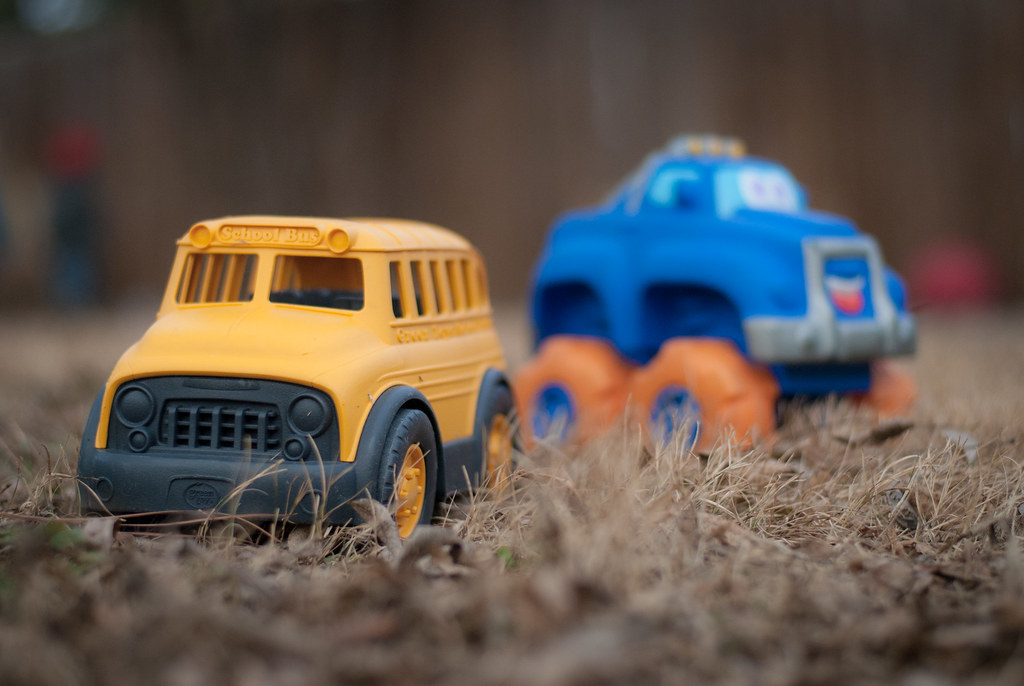 Sometimes when people tell me they don’t have any interesting subjects of which to take photos, I suggest that they go out and see what they can find in their very own back yard. This photo, while not especially stellar or noteworthy, was the result of just such an experiment: I was out back playing with my kids who had brought a few of their toys along with them. When I saw the bus parked next to the monster truck I thought it might make an interesting picture, so I laid down on the ground and snapped a few pics. To be fair I did adjust things a big, moving the blue truck and repositioning the bus just a hair so I could get the look I wanted, but the idea itself was a result of simple serendipity. I was a couple feet away from the bus shooting wide open at f/1.8 at ISO 400, though given the resulting shutter speed (I shot this in Aperture Priority) of 1/3000 I suppose I could have easily lowered the ISO to 200 or 100 to get a cleaner shot. But as it is, I’m pleased with the result and enjoyed seeing, once again, that you don’t have to go far to find something interesting to photograph.