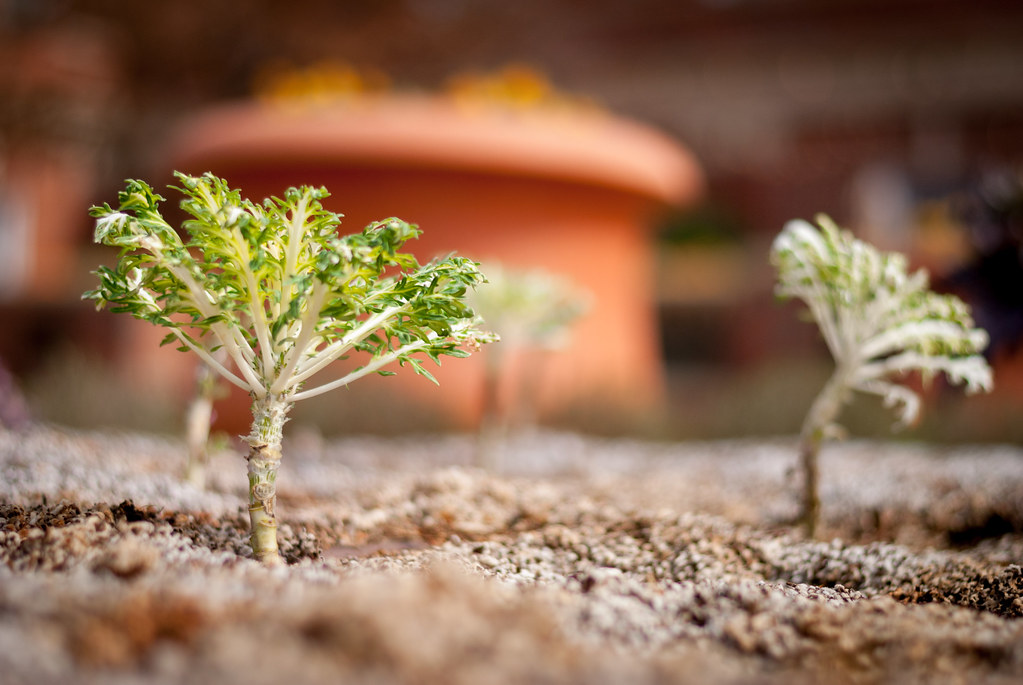 It’s probably an old refrain at this point, but here’s another photo I got rather unintentionally while I was simply out for a short walk. As I often do, I brought my camera with me in case something caught my eye and ended up taking a few shots of trees, some native grasses…you know how it goes. It was spring break when I shot this, which meant campus was quiet and calm–a stark contrast to the vibrant effervescence that pervades the school this time of year. I saw these things in one of the well-manicured gardens and thought they looked like something out of a Dr. Seuss book, but the only problem was how to get that across in a photograph with only a 50mm lens at my disposal.

A couple problems presented themselves here: First, almost every angle from which I shot these ended up having some kind of man-made features in the background like windows or a staircase which sort of detracted from the whimsical sense of fantasy I was hoping to capture. I solved this by using a giant flower pot as an intentional background element, as if it was some sort of building or obelisk looming over the landscape. I also had to find the right vertical perspective, which meant I once had to lay down on the ground in order to get these five-inch-tall stalks to have more of a sense of presence and character. And finally, the ever-present problem of depth of field reared its head once again: too much and the photo would not be interesting, but too little and the background might be entirely obfuscated.

Shooting at f/1.8 gave me almost exactly what I was looking for: the stalk on the left draws your eye right away (though a few of the front branches are a tad bit out of focus since the DOF here is so shallow, but it’s a tradeoff I was happy to make), which then causes you to look to the rest of the photo to see the similar stalk on the left, the circular tower in the background, and maybe even notice the texture of the ground. It really is quite an ordinary scene, but my goal in photographing it was to show something that appeared a bit whimsical and otherworldly.