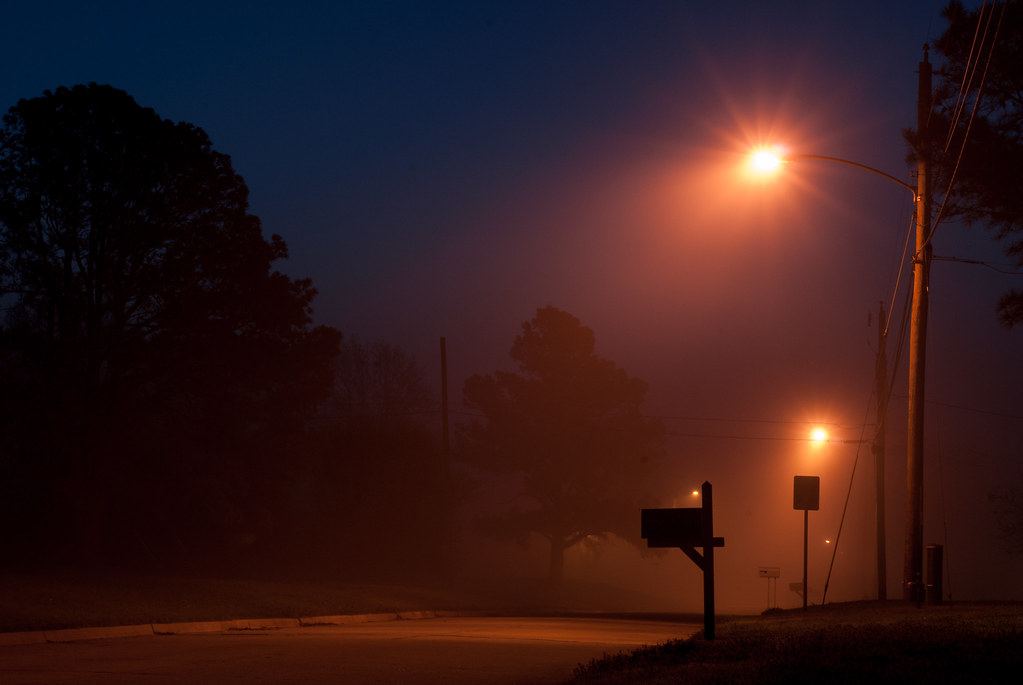 I looked outside one morning a few weeks ago to discover the whole neighborhood covered in a thick blanket of fog, so of course my first instinct was to run grab my camera and tripod. If you have never shot in fog before I highly recommend it, as the diffused light makes even familiar locations seem downright otherworldly. This was taken about 6:30am which meant the sun was not quite on the horizon yet, but there was just enough light way, way off in the distance to lend a bit of color to the sky. Unfortunately I did not have much time to work because my kids were going to be up soon so all I could do was shoot from a few locations in my front yard. Because of that there are a few elements in the scene that I could do without–ideally I would have just the mailbox in the foreground with none of the background objects like signs or additional mailboxes. But that’s what photography is all about: making the most of your limitations.

Thankfully there was almost no breeze so all the trees were perfectly still, which meant I could get a nice long exposure of 15 seconds at f/16, ISO 200. I shot one or two at wider apertures but liked the star patterns of shooting at f/16, and the diffusion of the fog came out just how I was hoping. I was also pleased with the background lights, including one behind the tree in the middle that creates an almost cinematic backlit effect. Most of this was entirely unintentional since the only thing I was really hoping to capture was the the light in the foreground and the trees on the left, but it was kind of cool to pick up on some of the extra elements as I edited this image in Lightroom.