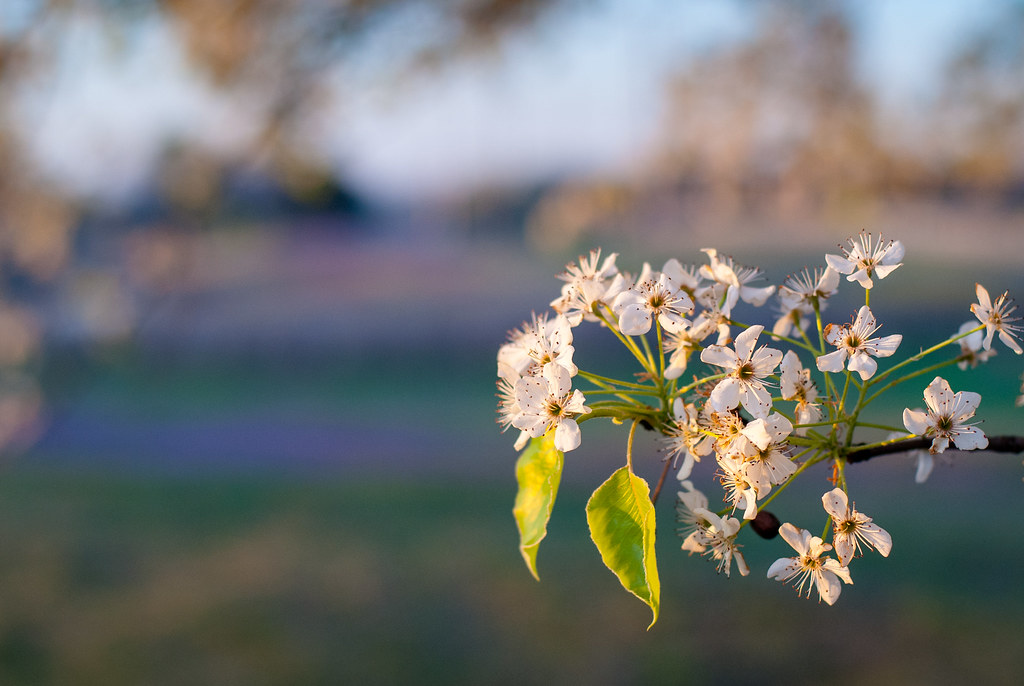 This photo came about when we biked past a church near our house a few weeks ago and saw a field filled with henbit, a purple weed that is a scourge of lawns and country vistas in Oklahoma at this time of year. It’s all over the place down here, and while it’s mostly harmless it is kind of an annoyance for people like me who just want a nice green lawn :) Nevertheless, these weeds do have a certain grandeur about them, and as we rode past the church I knew I wanted to come back and get a picture. The shot I had in my mind was something along the lines of a single henbit blossom against a background of purple, but when I stopped at the church a few days later on my way to work I quickly realized why this sort of picture would not really be possible: there was just so much purple that it gave the viewer almost nothing on which to actually focus.

No big deal, I thought. I’ll just try some landscape shots instead. As you can probably imagine, these did not work out so well because a 50mm lens on a crop sensor is not exactly ideal for capturing outdoor scenery. It can certainly be done, but with the precious few minutes I had on this particular morning it just wasn’t going to happen.

So what to do? Thankfully there was a flowering tree on one side of the field that offered a solution, which resulted in the photo you see above. In this case the purple field serves almost as an accent, not the focal point, but it’s a stylistic tradeoff that I was happy to make. Anyone can take a picture of a white tree flower against a green landscape, but there’s only a few weeks out of the year that the background has such notable traces of purple. So that’s kind of cool :)

On a side note, I spent way too much time fiddling with this pic in Lightroom and I’m still not fully satisfied with the end result. It’s got a bit of a reddish color cast that I could get rid of if I brought it into Photoshop, but at some point you have to learn to balance your goals with the time you have to spend on them, and in this case I decided I could easily live with this photo rather then spending even more time tweaking it for what would probably be barely perceptible to me or anyone else. Sometimes your photos do need that much attention, but this was not one of those times.