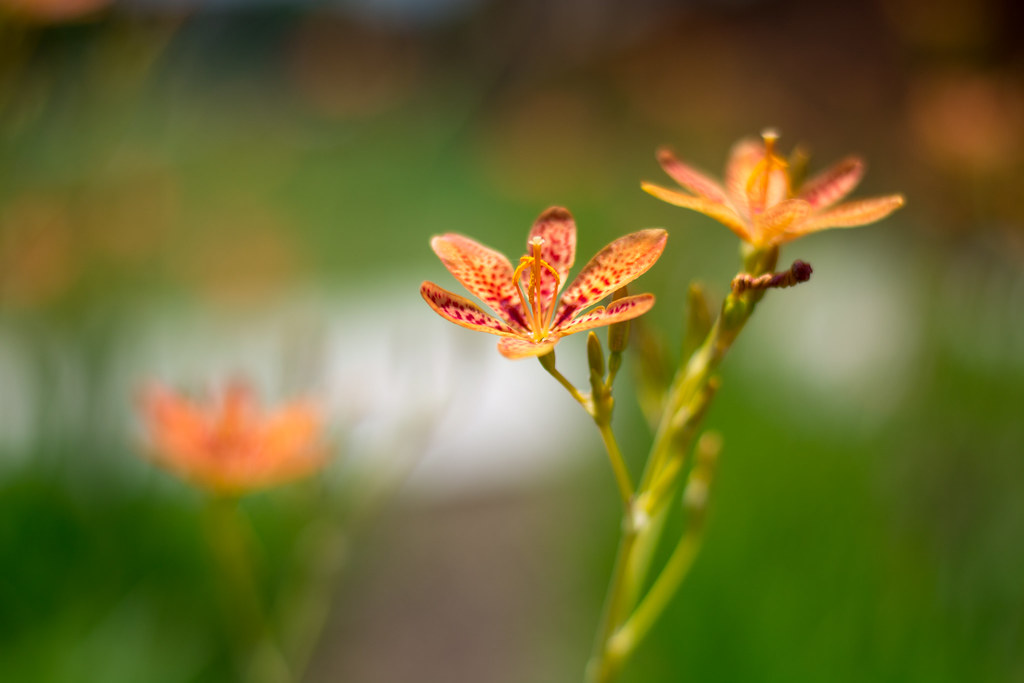 To be honest I feel kind of silly posting this picture because there’s not really a whole lot going on here: it’s a couple flowers against a green background. Anyone could get this shot, maybe even with an iPhone. So why post it here? Well…because I just like the photo. It didn’t require any special techniques, gear, or even much effort but that’s not really the point. If my goal as a photographer (well, one of them anyway) is to create images that I like, then this basic picture fits the bill quite well. I shot it when I was out looking for a different photo that I might post here someday if I can ever get it right, and even though there’s nothing particularly noteworthy about it I think I might end up printing it as a wall decoration someday. It’s simple but visually pleasing, and sometimes that’s all you need :)

This was in the middle of a medium-sized flower patch and that I paused and examined for a few minutes from a couple different angles. I generally don’t like shooting at ultra-wide apertures because the shallow depth of field can be a bit too unwieldy, so I took a few at f/4 with the goal of getting one flower in focus but adding some blurred out ones in the background for a bit of context:

I usually don’t look at my pictures until I get them loaded into Lightroom but I wondered if f/4 might result in a depth of field that was a bit too wide, so I looked around a bit more for a solitary flower with just a few others in the background. Soon I found the one you see in the original photo and took a few shots at f/1.8 (which required a 1/8000 shutter speed even at ISO 100) specifically because I was hoping to do a couple of things in the image:

Overall I am quite pleased with how things turned out, and I guess it just goes to show that sometimes you don’t need to be all artsy and technical about things. Sometimes you just gotta take a picture of a flower :)