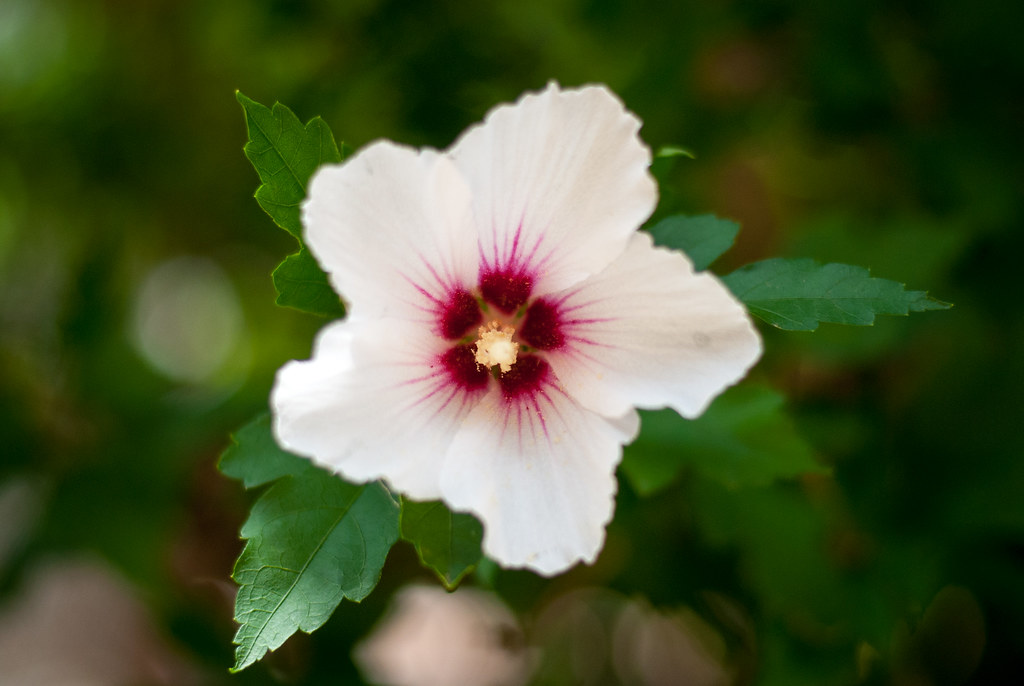 Here’s another photo that was directly inspired by my friend Julie and a recent post on her blog called Glow in the Dark. She posted a picture of a white and yellow flower (can’t you tell by now that I know nothing at all about horticulture?) against a dark green background and I was instantly struck by it. Hers was also taken from a low angle which helped give the subject a bit more presence and prominence in the frame, which I thought was a really cool way to frame her shot. I went out not to duplicate her photo, but to take something similar. My rules were:

This sounds easy, and for many of you it probably is, but for me it was a bit tricky since things are so bright and sunny here in Oklahoma. It’s not like Minnesota where there’s tall pine trees everywhere you turn–here it’s more like tall prairie grass as far as the eye can see :) That makes rule #3 a bit tough since everything is lit up so much during the day. Of course one easy solution to this is to take pics early or late in the day, or on an overcast day, or in the shade. Well, as a married guy with a full time job and two kids I don’t have a lot of control over some of these circumstances so I had to make do with the shady option, and as luck would have it I found this flower on a tree about 50 yards from my building at work. Woohoo!

My only regret here is that the depth of field is a tad too shallow. I shot this at f/1.8 because I wanted a super bokehlicious background, but it wasn’t until I saw this in Lightroom that I realized the error of my ways: the flower was so thick that the colored parts of the petals were in focus but the edges of the flower were not. I’m not a big fan of this and wish I would have taken my own advice (tl;dr: don’t use f/1.8 unless you really really need to) and shot at f/2.8, but all’s well that ends well and I’m kind of getting used to the blurry edges of the petals now. It’s not ideal, but it does lend a bit of an otherworldly quality to this shot of a flower.