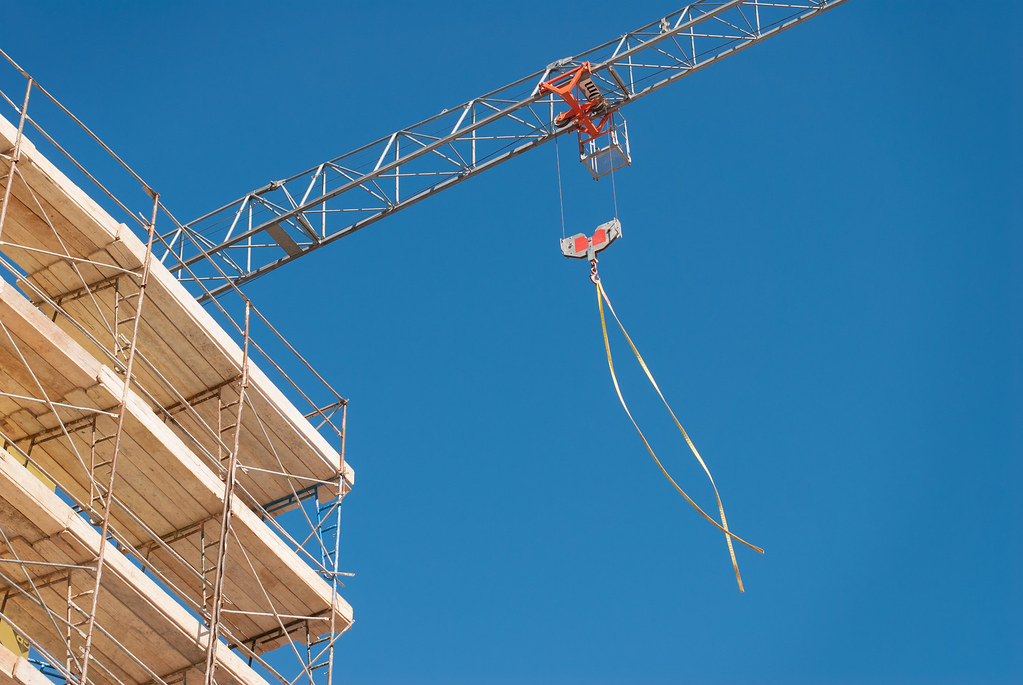 This photo is, in many ways, quite similar to another one I posted last year called Control. Both pictures are looking upwards at structures, both have a building on the left-hand side, and both have something sticking out of the building that you, the viewer, are supposed to focus on. I think on some kind of subconscious level that original picture informed my choice of composition and framing here, which goes back to what this blog is all about in the first place: helping me learn to be a better photographer. And often that means taking other ideas, even ones that I have had before, and not just learning from them but using them to change how I see other photo opportunities in the present day. (A good example of this is the REMIXD blog that a former student of mine set up with one of his friends where they essentially re-take photos in a new light after learning more about photography. It’s pretty cool.)

I’ve said before that a 50mm lens on a crop sensor camera is not the best for architecture pictures, and while I still stand by that assertion I am coming to realize that there are some situations in which it can be useful. This image of a crane, for instance, would not really be possible with a wider lens because the building would fill more of the frame and the crane itself would be more of an afterthought or a footnote in the overall composition. As is illustrated here, a 50mm lens on a crop camera lets you see architecture in a more limited manner but that can also mean that you have to learn to emphasize different things in the photo.

What makes this picture a bit more interesting, in my opinion, is that there is a clear sense of motion because of the wind causing the straps hanging from the crane hook to blow around a bit. It almost seems like they’re dancing, though of course that bit of personification would be utterly silly :) Compare it to this picture taken a few seconds earlier though:

It’s the exact same image, but without the wind everything seems so dull, lifeless, and (worst of all) just plain uninteresting. While I certainly wasn’t planning on using the wind to make a point about adding a sense of motion to your photographs, I kind of like the lesson that I was left with when it was all said and done.