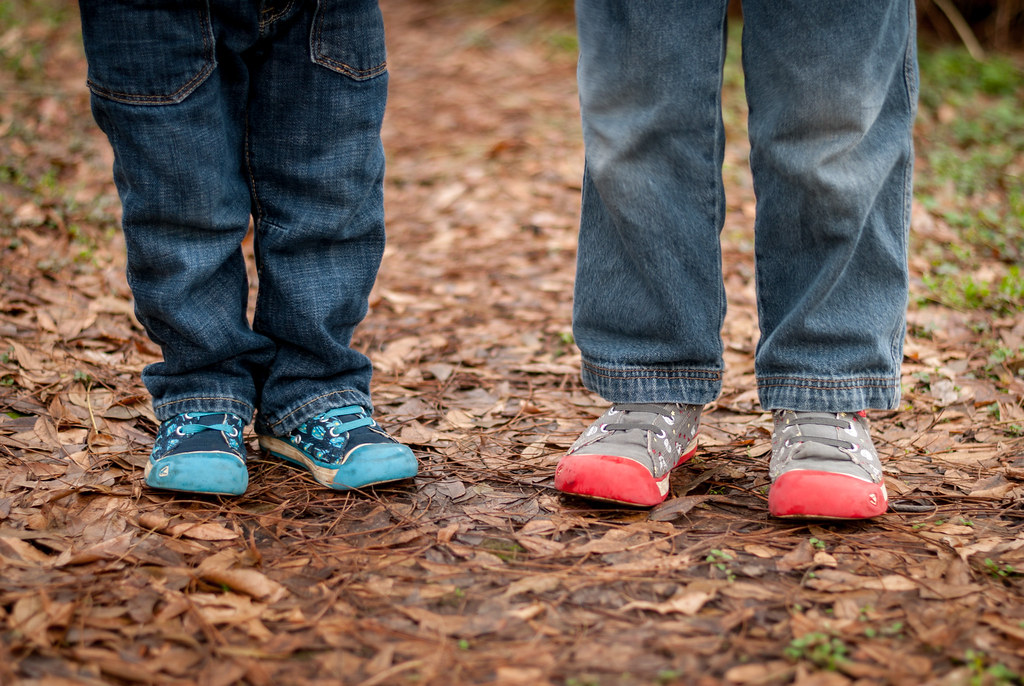 Normally one doesn’t associate mid-50’s and rainy with the month of December. Well, not in the midwest United States anyway. Around here we’re more used to chilly and/or snowy days followed by frosty nights, warm blankets, fires in the fireplace, and soup brewing all day in the crock pot. The end of 2015 was a bit different though, and instead of cold and showy we got warm and rainy. It happens though, and one might go so far as to say that Midwest weather is like a box of chocolates: you never know what you’re gonna get. And if it’s also true that you can tell a lot about someone by his or her shoes, I certainly hope this image tells something about the owners of these :)

On this mid-December afternoon I was home with my two boys while my wife was meeting some friends from church for a cookie exchange and the kiddos were starting to get a little stir crazy. It had been cold and rainy all day so we couldn’t do much outside, and we had exhausted much of the usual indoor activities to the point where nearly everything ended up in some kind of little fight or squabble. (You know, typical of kids just being kids.) About 4pm we finally got a bit of a break: the rain stopped, the sun came out, the kids got their jackets on, and outside we went! Before spending the next half hour looking for bugs under rocks, playing hide and seek in the bushes, and pretending to be lions sneaking up on unsuspecting prey I took a quick shot of both boys as they stood on a patch of leafy ground freshly washed by the day’s rain. I should have taken this photo after we were done playing as the mud and dirty pants would have spoke much more to the afternoon’s backyard playtime but hopefully this picture at least captures a little bit of what the day held in store.

Since we were going outside I brought (what else?) my usual D200 + 50mm combination because that camera can take a beating and keep on shooting, and I wasn’t too worried about it getting wet, muddy, or dirty. I also tried to keep the photo-taking to a minimum and spend as much time as possible just playing with my kids. Even though I might not have pictures to prove it, we sure did have a fun time :)