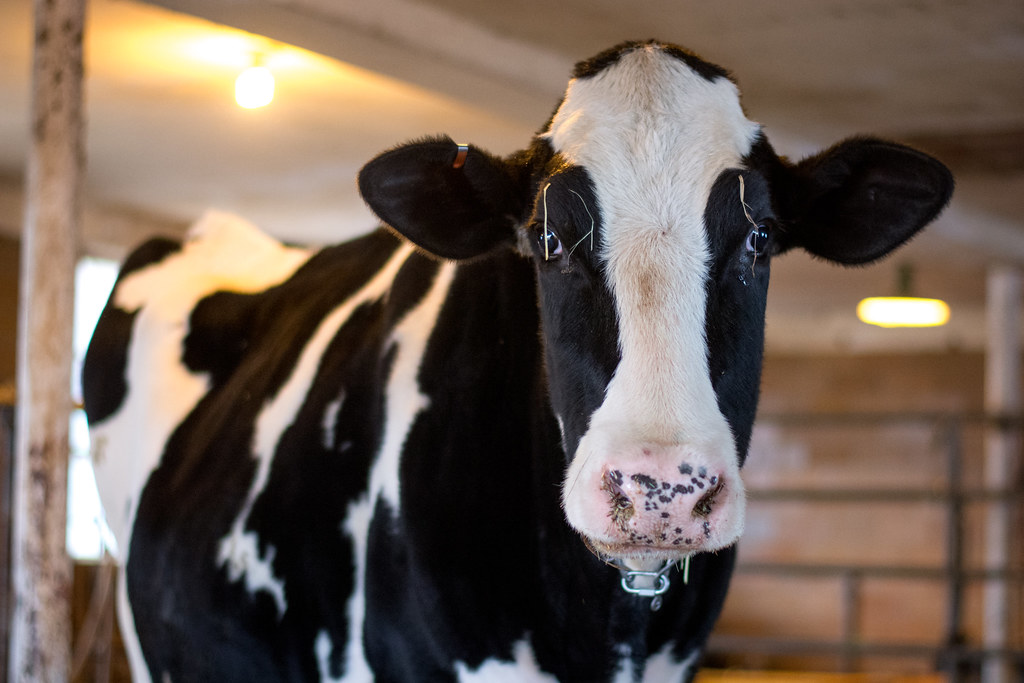 Despite living most of my life in what might seem like rural midwestern states like Nebraska and Oklahoma I have spent comparatively little time on actual farms interacting with, you know, real live farm animals. I’m basically a city slicker even though I have a master’s degree (albeit in a field that has nothing to do with agriculture) from one of the nation’s top agriculture schools, so when I found out I would be going to a local farm to be interviewed for a short public broadcasting video I thought it would be fun to bring the ol’ 50mm lens with just for kicks. Since my D7100 is now basically my backup camera and my D200 spends most of its days giving the dust in our house an object on which to settle I figured I would bring the former with me lest my new D750 have an unfortunate encounter with some dairy cattle.

As soon as we got to the location I realized the critical flaw in my plan: there was almost no space in which to move around, thus making a 50mm lens on a crop sensor camera wholly impractical and almost useless:

I tried to get a few shots of the cow you see above along with her friend, but there was almost no room to move back which made getting anything interesting in the picture an exercise in futility. That, and these animals wouldn’t hold still at all making it next to impossible to get any good pictures with the gear I had. Ironically the image at the top of this post was the first one I took and the only one that turned out from about 20, but in the end it’s not about how many pictures you take but how many keepers you get. And since I got one I’m happy with how things turned out :)

One side note about this picture worth mentioning: since getting my D750 I have been shooting with Auto-ISO and I really like it. Listen to the audio clip (click the play button below the featured photo) to hear a bit more, but suffice it to say if your camera has this feature you might want to give it a try. Even on my D7100 which can’t handle the crazy ISOs of my D750 I have found it to be quite useful.