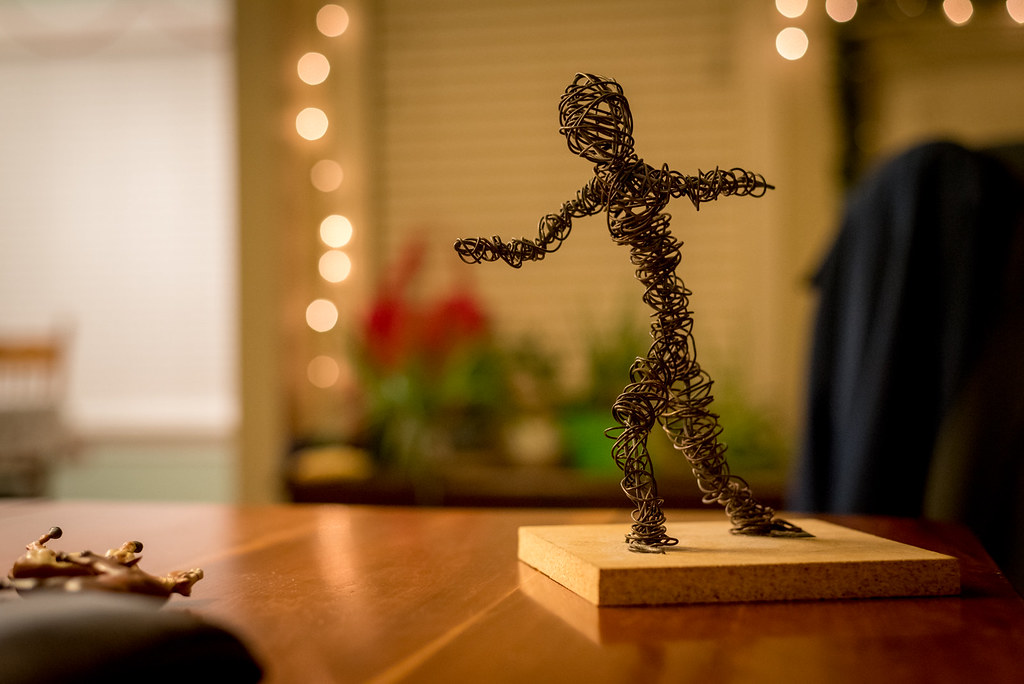 (Note: Last week I mentioned that the picture of the cow was taken when the camera crew from a local PBS station was setting up to record a short interview with me. Here’s the video in case you want to see it.)

Over Christmas we visited some family in Missouri and I had a metal debate before we left which mostly centered on the question of bringing my D750 + 50mm lens or my D7100 + 35mm lens. Both lenses have a similar field of view since the 35mm on a crop sensor camera shows roughly the same image as a 50mm lens on a full-frame camera (though other things like background compression, bokeh, etc. are different due to the absolute focal length of each lens being different) so there really wasn’t a big advantage to bringing my new D750…except I really wanted to use it :) I did wonder if it would be worth the risk since the chances that it might get stepped on or dropped while on a family car trip with two young kids were much greater than the chances of it getting damaged while sitting safely on a shelf at home, but then, cameras don’t take very good photos if they are sitting around un-used.

In the end I decided that life’s too short to worry about such things, and I didn’t spend $200 on a drops-and-spills warranty so my new camera could get pampered and under-utilized. We took the D750 + 50mm combo and the more I used it while visiting our relatives the more I was glad we made that decision. It worked like a charm and there were only a few times during which the field of view was a bit too limited, though there really wasn’t a good way to solve this given my current lens and camera selection anyway. The real benefit of having the D750 on our holiday was its ability to shoot at crazy high ISOs (well, high compared to my D7100 but maybe not when pitted against some of the new cameras out there) and still get usable pictures of grandma and grandpa playing with our boys.

The evening before we left to return home I saw this piece of wire artwork which my wife made years ago in elementary school sitting on a bookshelf and thought it would make for an interesting picture subject. Since it was the Christmas holiday there were some lights and decorations in the house that aren’t normally around, so I tried to find a location for this sculpture that would put these accents to good use. I found a table with a lamp that had some Christmas lights behind it, set the sculpture down, and fired off a few pictures. My initial shots were at f/1.8 which resulted in the figure’s head being in focus but not the arms and legs, so I stopped down a bit to f/2.8 which still allowed me to use a relatively fast shutter of 1/125 second in order to eliminate any blur due to camera shake. Only problem was the dim light which meant I had to use ISO 5000…but my goodness. The final image is so clear I don’t think I could ever tell at first glance that it was taken at such a high ISO. My D200, which you all know I enjoy using, looks terrible at its max ISO of 1600. So yeah, as much as I enjoy shooting with my older cameras I’m really starting to enjoy this D750 :)