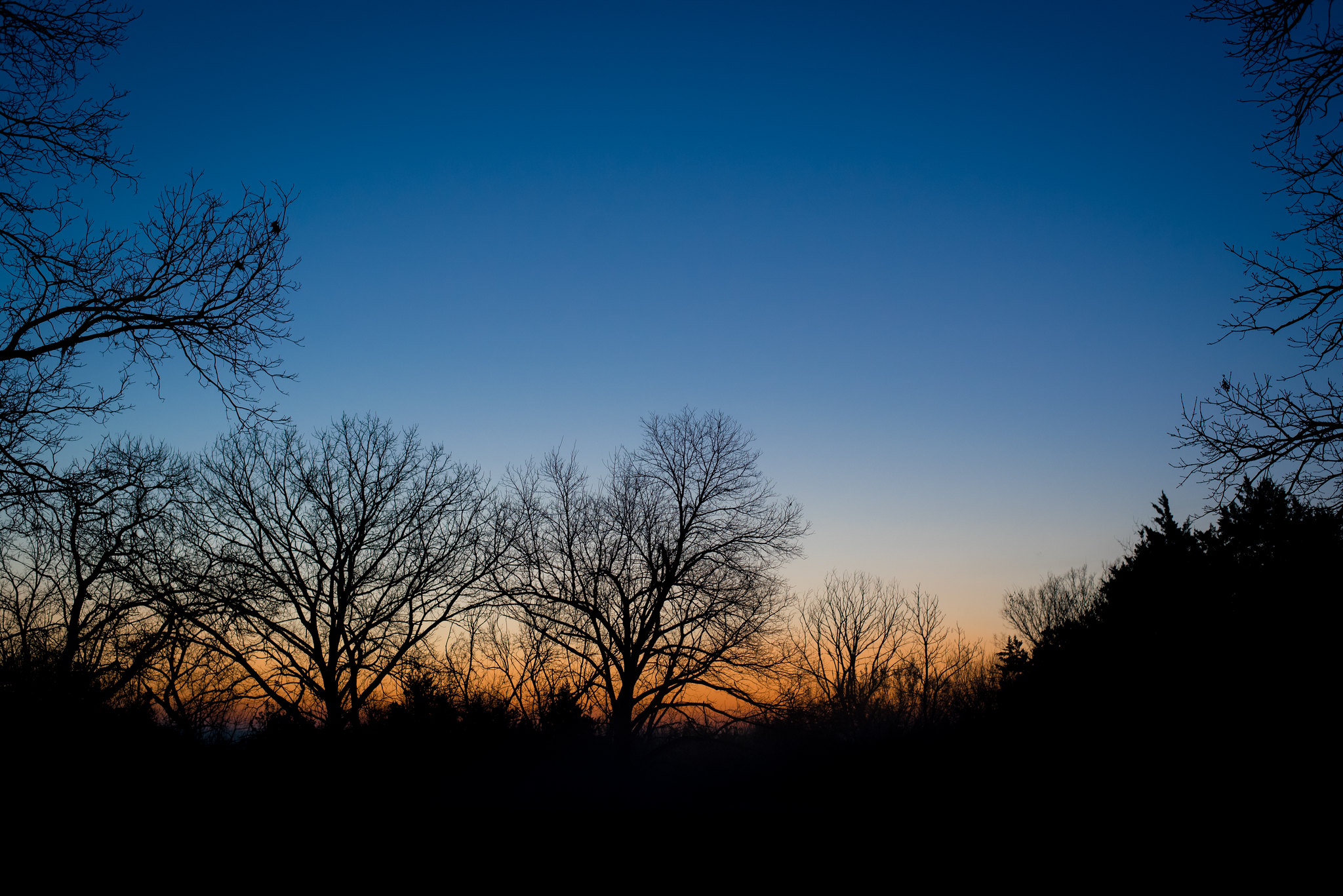 You know the old saying The best camera is the one you have with you. That was certainly true on this day when I snapped a picture of the sunrise while biking to work. However, instead of using my iPhone or a pocket camera I just happened to have my D750 + 50mm lens :) I was listening to a recent episode of This Week in Photo where one of the guests was talking about how to become a better photographer, and his advice was simple: use your camera every single day. Whether you just poke through the menus or take a picture of a coffee mug, spend some time every day using your camera and, he said, after one year you will be a vastly better photographer than when you started. Now, I can’t confirm or speak to the truth of that sentiment but I do know that using my camera on a regular basis (every now and then I go a day without picking it up, but for the most part I do something with it each day) has certainly helped me grow and improve. So before I get too deep into the weeds regarding this particular image I’d like to offer this bit of advice to anyone who is wondering how to become a better photographer: use your camera more. It’s not doing you any good sitting on your shelf, and could be doing amazing things once it’s in your hands.

That being said, here’s how this particular image unfolded, and keep in mind there was nothing particularly noteworthy about the setting or framing here. This scene is about one block from my house, and I live in a small midwestern city with nothing particularly noteworthy when it comes to photographic locations. (In other words, if you like this picture you can probably take one just like it wherever you live.) From what I have been told there used to be a house here but it was destroyed many years ago either by tornado or by fire, and now the property sits vacant with a small shed on the north and a holding pond just beyond the treeline. I bike past this every day and don’t think much of it, but on this particular day I was looking at things with a fresh eye since it was the Monday morning after daylight savings time and I was now seeing the sunrise from two wheels instead of from the kitchen table with my boys. Most of my readers know by now that I usually bring one of my cameras with me when I go to work and, since the morning of this photo was no exception, I pulled my bike over, got out my D750, and snapped a few images before continuing on my 3-mile commute. What I was surprised to see later on as I was editing the images was the difference between the top picture and this one, though the two were only taken about 30 seconds apart:

I like this second one too, but didn’t post it as my official photo for this week for a few reasons:

• There is no clear focal point. What is the viewer supposed to see: the yucca plant, the orange horizon, the treeline, or the vertical branches in the foreground? The picture is decent but too cluttered.

• The colors are not as good, even though it does have a nice foggy horizon line which I thought was pretty cool.

If memory serves me correctly I shot the bottom image first, then moved forward just a bit to capture the second one and even though the top image is fairly pedestrian I like it for its simplicity: it’s a treeline with the sun poking out, and in all honesty, it’s hard to go wrong with a nice sunrise photo. I do realize that it’s a bit derivative and has more than a few similarities to a picture I posted in January, but I like to think that each successive similar picture is just another rung on the ladder of learning. Or maybe I’m just lazy :) Either way I’m happy with the image and if nothing else it was a nice reminder of why I like to bring my camera with me more often than not.