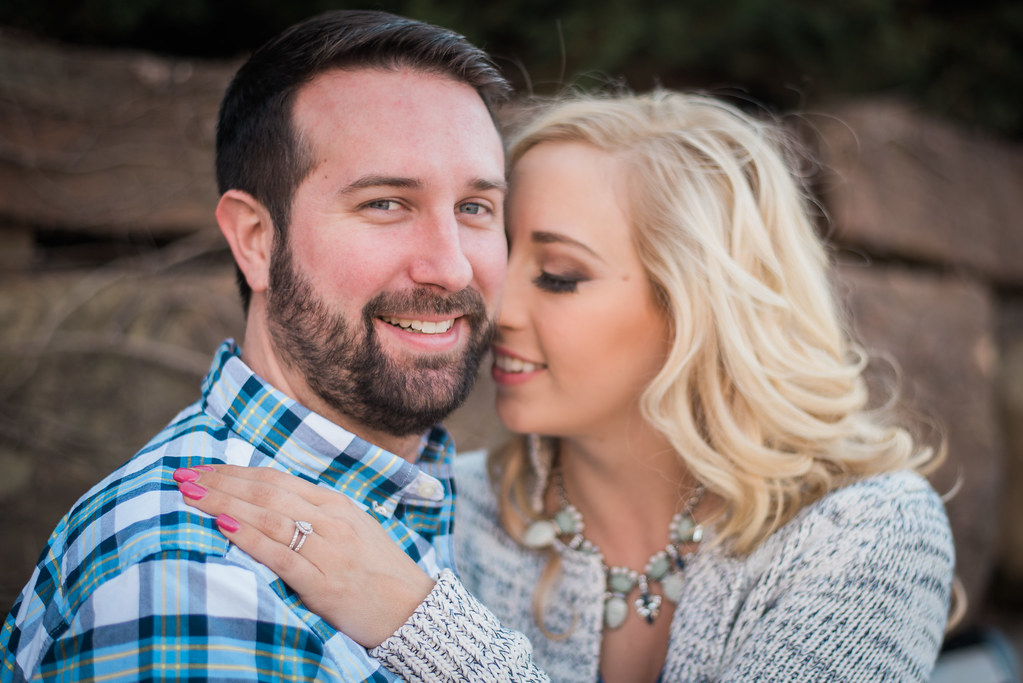 There’s a bit of a story behind this photo that I thought would make it particularly interesting to post here on Weekly Fifty. Over four years ago when our son was just a few months old my wife and I continually struggled to get good-looking non-blurry photos of him with what we thought was a very nice pocket camera. (And one that we still have and use from time to time.) Kevin, the guy in the picture, was my friend and coworker at the time (he’s still my friend, but no longer my coworker as he now lives 60 miles away) and he and another coworker named Ryan helped me learn, quite literally, almost everything I know about photography. I didn’t know an aperture from a bag of Doritos and thought about getting a D3100 with a kit lens because it was supposed to take good pictures. I had heard the old familiar refrain of “it’s not the camera, it’s the lens” before but all I saw when I looked at cameras online was spec sheets and feature lists telling me this camera is cooler than that camera, and here’s a camera that you’ll like better than the other one, and even talking about all this with my buddies did little to assuage my ill-founded desire to get a fancy new camera with a kit lens. I mean honestly, how much difference could the lens make anyway?

With much patience over a few weeks of time Kevin and Ryan helped me see that it wasn’t the camera but the lens that really mattered, and on one afternoon when Kevin came over to our house to let me and my wife play around with his Nikon D200 and 50mm f/1.8 lens we were hooked. My wife and I bought a D200 and a 50mm lens and the rest, as they say, is history. That super old camera combined with a really nice lens immediately helped us get significantly better photos of our child, and I could hardly believe how much better all our pictures were compared to everything we had been able to get from our pocket camera. Several months later I created Weekly Fifty, a year after that I started writing for Digital Photography School, and in March of 2015 my wife and I decided to see if we could actually make some money at all this picture-taking stuff with our side project Stevens Creek Photography.

That leads me to this week’s picture. Kevin recently asked his longtime girlfriend to marry him, he and his fiancée asked if I would take engagement photos. I don’t know if I can quite explain how honored I was to be able to do this, not only on a professional level in that a couple would entrust these special moments to be documented by me and my camera, but on a personal level as well since it was a sign of the confidence that Kevin had in me as a photographer. I talk here on the blog all the time about understanding the basics like aperture, shutter, and ISO along with more esoteric concepts like framing, composition, mood, subjects, lighting, and the like and this photo session was a concrete example of how all that practice has paid off. The three of us spent a few hours at various locations and I came back very pleased with the pictures, and the two of them have told me on more than one occasion how much they like their photos as well. And it all started with Kevin, his D200, and a 50mm lens.

This picture was taken with the same 50mm f/1.8 lens I have had since the beginning but on my much-newer D750 and it’s a nice reminder of how much I have learned over the years. I would have never been able to take this shot without all the pictures of flowers, wagons, trees, toys, shoes, rocks, and other things I have shared here on Weekly Fifty though I see this not as the end but just the beginning. In many ways I feel like I have more to learn now than when I first started out, and I’m excited for the photographic journey ahead.