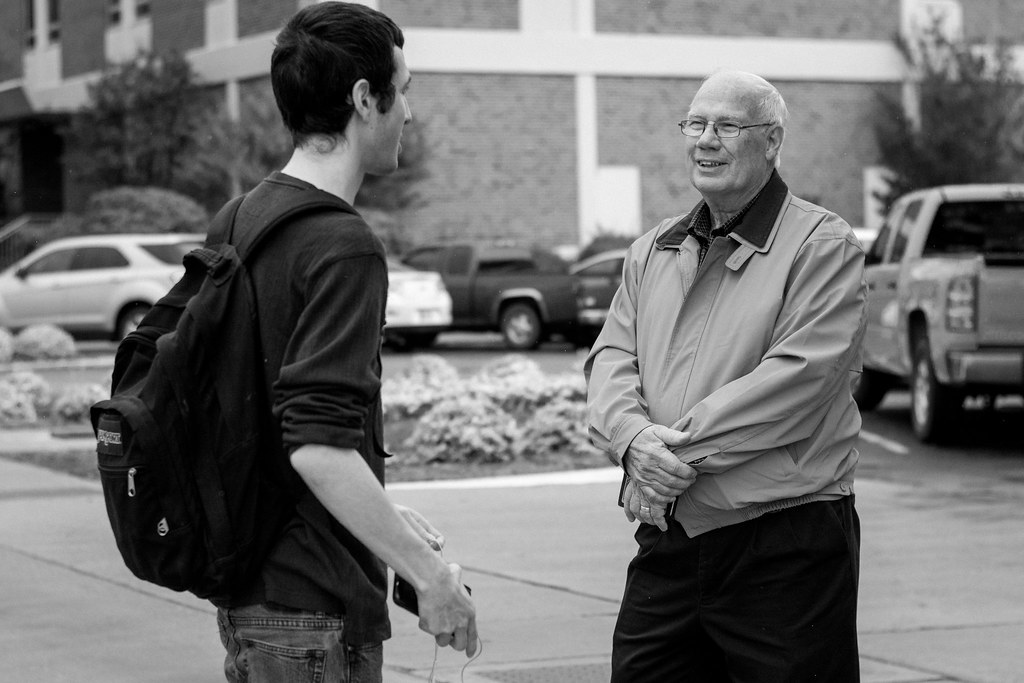 I remember the first time I was given a Gideon Bible. I was in elementary school in Lincoln, Nebraska, and came across some gentlemen handing out little orange copies of the New Testament, accompanied by Psalms and Proverbs as kind of a biblical bonus. My young fourth-grade mind didn’t quite know what to make of the situation, but I took the Bible in my small little hands, brought it home, and leafed through its pages with wide-eyed curiosity. I believe I already had a bible of my own, but what struck me about my new Gideon Bible was the manner in which it was given. The men who were handing them out at school that day were kind, friendly, and not judgmental in the least. Some kids kept their bibles, some threw them away, and I distinctly remember one being literally torn apart. It was a very literal scattering of seed, some of which fell on some on rocks, some on the path which was then devoured by birds, and some on fertile soil where it might eventually take root and produce good fruit of its own one day. The experience was not lost on my young mind.

Over the years I learned more about the this organization and their mission to spread the word of God to all corners of the world, and I still get a little twinge of joy when I look in a dresser drawer or end table in a hotel and find a small copy of the Bible emblazoned with the succinct yet powerful phrase “Placed by the Gideons.” It’s comforting to know that they are still out there, doing the work of getting scripture into the hands of as many people as possible. That short description is the background for this picture, which I shot on a chilly Wednesday morning in mid-April when the Gideons were on the OSU campus doing what they do: handing out free bibles to anyone who wanted one.

I brought my D7100 + 50mm combination to work on this particular day and actually spent a few minutes mentally debating whether I should go out and take a picture of these men. It seemed like a perfectly benign course of action, and yet I had a hard time bringing myself to do it. I knew all I had to do was ask one of the Gideons if I could take his photo and I was sure he wouldn’t mind, and yet I was lost in a series of mental gymnastics trying to justify my own inaction. “What if they think I’m weird?” “What if they say no?” “What if they get annoyed?” I finally mustered up the gumption to go out and snap a few pictures because, as finally told myself, “What’s the worst that could happen?”

As usual my fears and anxieties were entirely unfounded. I struck up a conversation with this man and his colleague who were standing on a corner about 50 yards from my building at work. We chatted for a few minutes about college, campus, bibles, and photography and they said I could most certainly snap a few pictures. I took four shots (two of this man, two of his friend), said Thank You, and went back to my office. This image is my favorite and captures so much of what I like about the Gideons. He is smiling and engaged in a genuine conversation with this young man, and the two of them are each clutching a precious object: one, a bible and the other, a phone. I don’t know if the student took the free bible or not, but hopefully he walked away with a positive impression of the other man and possibly a newfound respect for this type of street ministry.

To the guy in this picture: if you’re reading this post, thank you for doing what you do. It means a lot, to a lot of people.