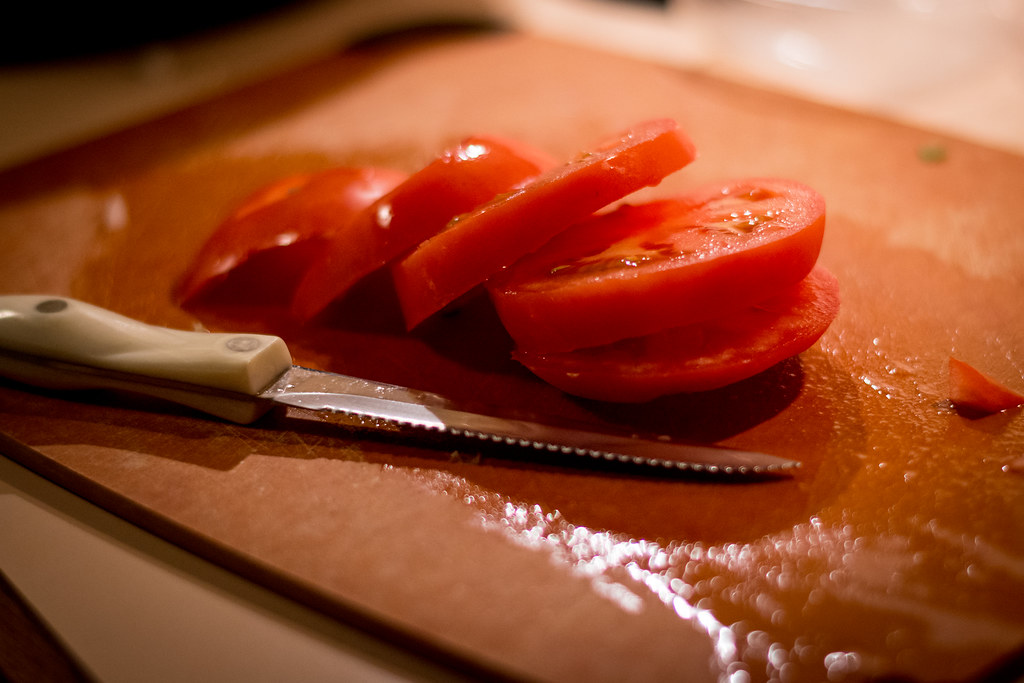 Every now and then you’ll read (or hear, if you listen to the audio commentary) one of these Weekly Fifty posts where I discuss the photographic opportunities that abound right in front of our eyes even in the simple mundane activities that make up our daily lives. Photo opportunities are all around us if we are willing to look for them, and this image is an illustration of what I mean when I say this sort of thing. To wit: it’s not an exceptional image in terms of the sheer artistry or composition, but it does serve as a bit of a visual reminder to me, and maybe even to you, that you don’t need fancy gear or special subjects to take good pictures.

I shot this about 6am in mid-April when I was getting dinner ready before the rest of my family woke up. My wife and I are big fans of slow cooker dinners, and we will often get supper ready many hours in advance so we can just sit down with the kids for family meal time without having to prepare anything right in the moment. On this particular morning I had just finished cutting up a pepper and some onions and was in the middle of slicing this tomato when I thought of using it for a bit of an impromptu photo-op. I ran to fetch my camera (this time my D7100 + 50mm lens) made three images, all at f/1.8 about ISO 1100 (it varied slightly between each shot) and went back to dinner prep. The whole thing took about 40 seconds from the time I put down the knife to the time I picked it back up, and when it was done I felt like I had a cool little image of a sliced tomato while also learning something along the way.

This brief photo session also served as an object lesson in providing a bit of context to a given photo. The first two pictures I shot were just of the tomato itself, and then I realized that this by itself would not be sufficient. The scene was lacking something, and I soon realized what it was: the knife itself which was used to slice the tomato. See for yourself in this photo which was right before I put the knife in the frame:

This would be a perfectly serviceable photo if it was the final product, but it’s not. I didn’t make a sliced tomato for dinner, and as such this photo feels incomplete and a bit empty. After I realized this I quickly grabbed the knife I was using to slice it, put it in the foreground, and took the third and final picture which is much more well-rounded and interesting than this one. I also made sure to include the small chunk of tomato on the right-hand side in the final image as well, as it adds a dynamic element to the image–it helps tell a story that there was more to this photo than what you see, and clearly there is still more work to be done on this round red fruit. Or vegetable. Or however it’s classified.

I now realize that I have written over 500 words on a sliced tomato, which is about 450 more than a photo like this needs. My point, though, is that you really can turn just about anything into a picture. You just have to look a little harder and, of course, make sure you have your camera with you :)

By the way, the recipe I was making is Slow Cooker Pork and Rice:
Place in slow cooker:
2 or 3 Pork Steaks (not pork chops)
2 medium onions, chopped (it seems like a lot, but it’s fine.)
1 or 2 tomatos, chopped
1 green pepper, chopped
2-3 cloves garlic, minced
Mix together separately, then add:
1/2 cup ketchup
2 tablespoons cider vinegar
2 tablespoons brown sugar
2 tablespoons Worcestershire sauce
1 tablespoon lemon juice
Cook on Low for 6-8 hours. Remove bones from pork steak when done, and use forks to pull the pork apart
Serve with rice ( ~2 cups uncooked basmati rice is about what I use)