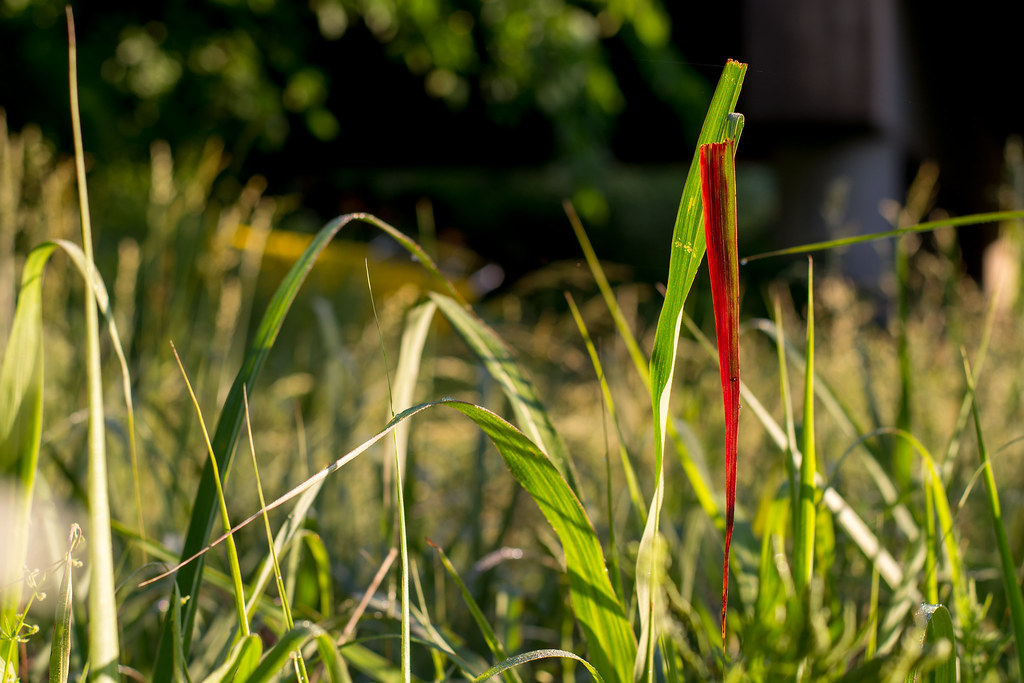 The story behind this photo is a bit strange, and it all begins with a shopping cart and a bicycle. On most days I like to ride my bike to work, especially now that the weather is so much warmer and it’s not raining as much. It’s only three miles from my house to my office which means it takes about 15 minutes on two wheels which is not much longer than it takes to get there on four. I also get a bit of exercise in the process, which I use to justify the rather copious amounts of Mt. Dew that I usually drink when I arrive at work. There’s a bridge that crosses a small creek at the halfway point in my bike ride and a few days before this picture was taken I saw something a bit strange as I crossed the stream. (And yes I know this is something you should never do.) Below me in the bushes I spied, with my little eye, a shopping cart:

I believe this was a Tuesday or Wednesday, and at the time I thought it would for kind of an interesting picture but didn’t want to be late for work so I just kept on biking. On Friday I saw that the cart was still there, so I hopped off my bike and went down to see if I could use this in any way to create an interesting picture. I tried a couple different angles and it just wasn’t working out, mostly because the greenery around the cart was so thick that you couldn’t really see the cart itself in most of the pictures. I also realized that when I was on the grassy ridge it was difficult to get a sense of place and context, which made the picture of a yellow shopping cart a little too mundane and boring. I really wanted to take advantage of the setting and the early morning light, so I searched around a bit to see if anything stood out to me and that’s when I saw the dark red piece of grass that ended up being the subject for this week’s picture.

If you look close the grass is barely attached to the main stalk. I think it has turned red as part of the dying process, and my guess is that it will soon become brown and fall off. The richness of the color kind of took me off guard, and when I got down low to photograph it I noticed something in the background I could use as a little extra compositional bonus: the yellow shopping cart :) If you look near the top left corner you will see a faint yellow stripe which is the top of the cart, and though it was not entirely intentional I thought it added a fun extra bit to the image overall.

It’s weird how many times I have biked over that stream on the way to work but never taken 30 seconds to stop for a photo. Now I wonder what else there is on my 15-minute early morning bike ride that might make for an interesting picture as well. Hmm…