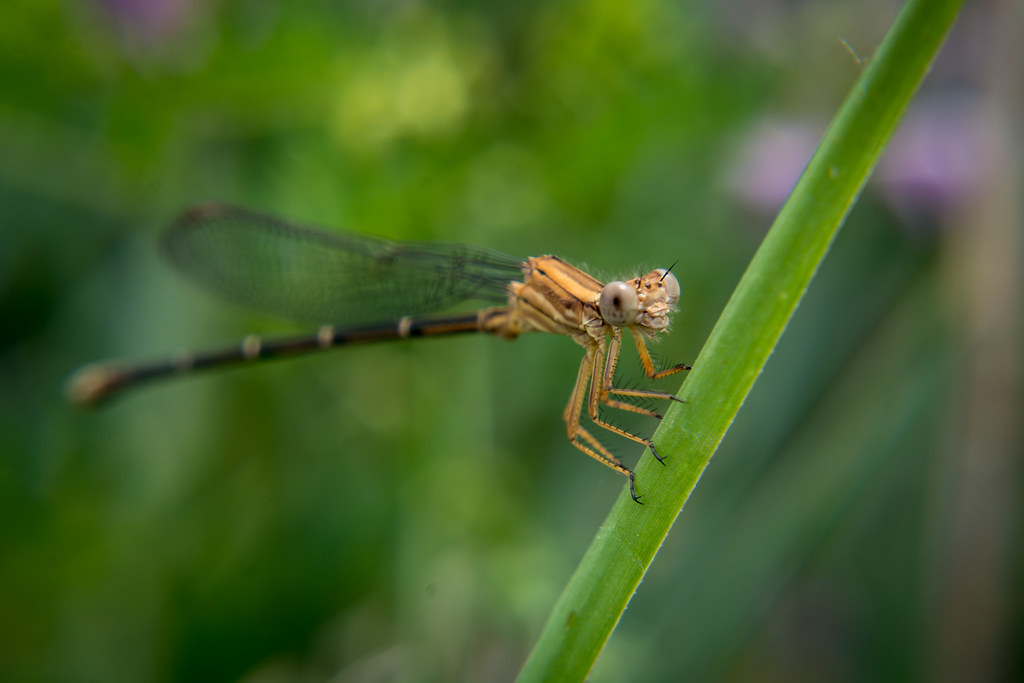 When I was a kid my family used to spend a week each summer at a lake near Brainerd, Minnesota, playing at the beach, catching turtles with paddleboats and fishing nets, going tubing behind my uncle Paul’s boat, and staying up talking with relatives around the campfire. For some reason I distinctly remember the sight of dragonflies on those vacations, and when I was a kid I was absolutely fascinated at these strange anachronistic creatures that looked like they were ripped right from prehistoric eras and placed squarely in our modern-day world. I remember seeing them buzzing around us when were out on the boat or sitting in tubes near the beach and being at once amazed and horrified by their strange design.

Nearly 30 years later when my family was on vacation in Kansas a few weeks ago my brother Phil asked if I wanted to go bug hunting with him, armed with our cameras and close-up lenses. I gladly agreed and we set off near the beach at Milford Lake to go see what we could find among the foliage. He had a big advantage since he was using a 55-200mm lens with a +2 filter attached (I think. Or it might have been a +4.) that let him stay farther away from various bugs and insects but still take good shots. Far more, in fact, than I was able to get with my 50mm lens :) We were surrounded by not only dragonflies but bees, flies, beetles, and myriad other bugs but the problem, I soon realized, was that whenever I would get close enough to one of these little creatures it would scamper away by the time I could get things in focus and fire off a few shots. We were only bug hunting for maybe 20 minutes but I spent much more of that time chasing away insects than taking their pictures, and it was quite a learning experience for me in that regard!

After a little while Phil pointed out the dragonfly you see in this week’s image, and after taking some pictures he stepped aside and I eagerly moved in to see what I could get. I was using my +10 filter which meant I had to be about three inches away, but this gold-colored dragonfly didn’t really seem to mind too much. In fact I don’t think he minded anything at all, judging by the look on his face :) I shot this at f/8, ISO 160, 1/180 second which was more than fast enough given that the insect wasn’t moving at all, and much smaller than f/8 would have given me a depth of field that was simply too shallow. As you can probably tell by the slate of recent pics here on Weekly Fifty I’m really enjoying these close-up filters, and if you don’t have some yet I’d highly recommend getting a set. They’re very cheap and can introduce you to a whole new world of photographic possibilities!