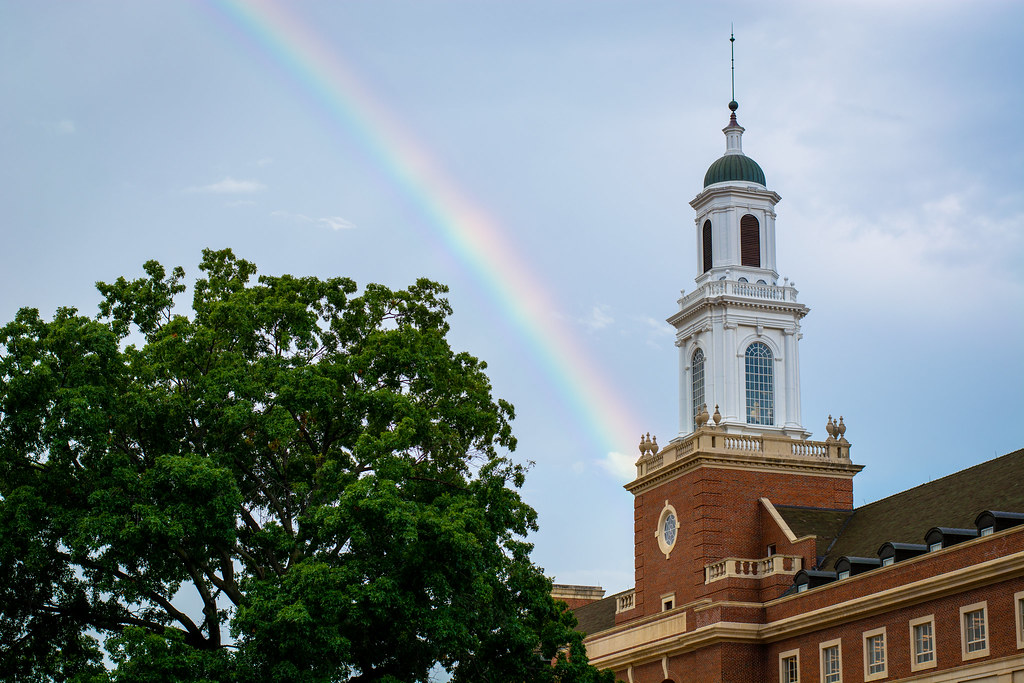 You want to know the difference between your iPhone camera and a DSLR with a 50mm lens? Take a look at this photo of the Low Library on the OSU campus, and now look at the one below which I took about 30 seconds later with my iPhone:

Granted the latter might be considered somewhat cheating as it’s actually a panoramic photo, but you get the point: the wide angle of view on an iPhone camera can fit way, way more in the frame than the limited angle of a 50mm lens. For the sake of comparison, if we adjusted for sensor size and compared these two imaging devices on a level playing field the focal length of the iPhone 5C on which the lower image was shot would be roughly 31mm while the 50mm on a crop-sensor camera (which is what I used to make the top image) would be 75mm. That’s a massive difference, and hopefully illustrates why the latter is so much more limiting: you honestly can’t fit much in the frame!

And yet, it is precisely this limitation that makes it such a useful lens. To wit: the top image, which I prefer to the bottom one, shows a much larger rainbow and has a more tightly controlled sense of composition. There are three elements in the frame, or four if you count the sky. The other image, while showing a larger view of the rainbow as a whole, feels somehow less majestic and almost cold and distant. True, it does convey a greater sense of scale due to the wide grassy lawn and the several buildings which are cradled gently beneath the colorful bow in the sky. However the top image seems, to me anyway, more intentional and purposeful. It seems to be about something, whereas the lower image is a picture of something. Perhaps it’s a a distinction that is either quite subtle or utterly meaningless, but if you handed me a mobile phone and a DSLR with a 50mm lens I would choose the latter even though it is so much more limiting. For, as I have learned over the years, it’s precisely within those limitations that I find myself being so much more creative.