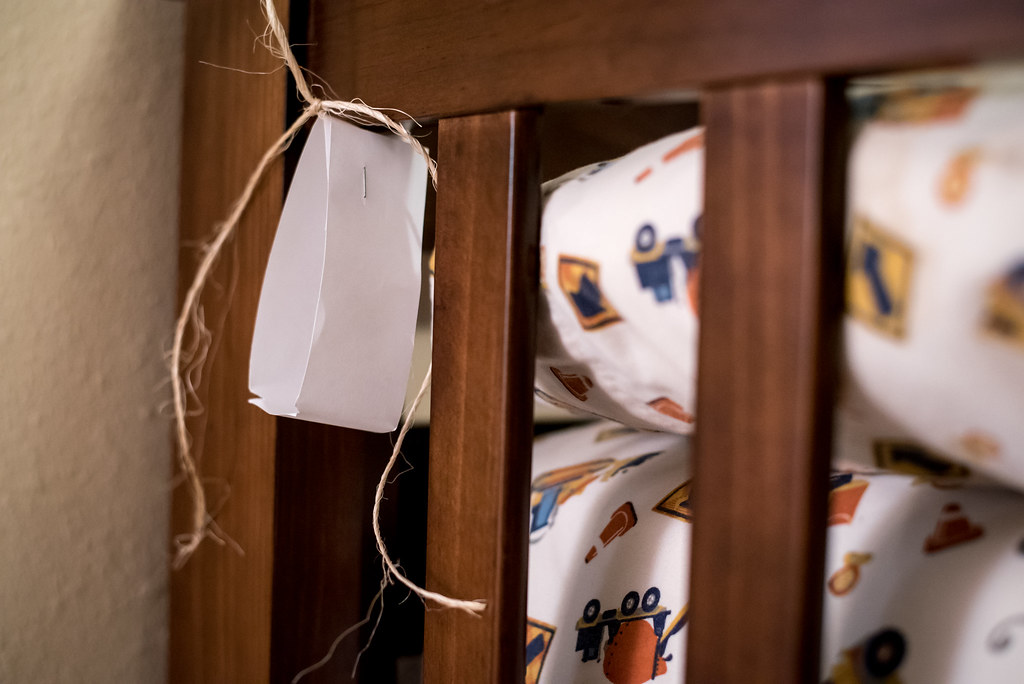 This picture is a bit of a departure from the kind of photos I normally post here on Weekly Fifty in that it’s not about the technique, the artistry, or anything of a technical nature. Rather, I am posting it entirely because of its personal meaning to me. Last week’s picture was the kind of image anyone could look at and see some type of meaning or emotion, or at least develop some kind of interpretation, from the picture of a building with a rainbow next to it. This, on the other hand, is kind of the opposite end of the spectrum and at first glance it’s probably not even obvious what you’re actually seeing here. And for once, I’m OK with that since it’s not about the picture itself but the story behind it which, I suppose, is the reason I like photography so much in the first place.

This image represents a transition of sorts, in that it’s the ending link of a paper chain I created with my two young boys in late July of this year. We made it so we could count down to the start of school, and for the next three weeks they removed a single link each morning with their mother after I left for work. While they were eating breakfast in the kitchen on the morning of August 19 I grabbed my D750, stuck on the 50mm lens, and ran into the boys’ bedroom to snap this image before they could take this link down. It’s being held to the top of their bunk beds by a bit of twine, and I thought I would frame the link in such a way so as to include a bit of the twine as well as the bed sheets so a casual viewer might have just a bit of context. Hopefully it’s obvious that you’re looking at a child’s bedroom here given the prints on the sheets, and if you have kids of your own you might remember similar first days of school and the excitement and anxiety that accompanies them. Of course we took other pictures on this morning but to me this was one of my favorites because it showed the last bit of the countdown that my kiddos have been doing for several weeks now, and I hope in years to come I can use this picture to remember the morning and others like it.

As for the technical details, the light was still very dim when I shot this so I went clear to f/2.8 in order to let as much in as possible. I didn’t want to go wider than that because I knew I would be working with an extremely shallow depth of field, and even at f/2.8 my camera still bumped the ISO all the way up to 6400. Thankfully the D750 handles noise extremely well even at those values, and the resulting image is pretty clean. (Though some of that is due to a bit of noise-reduction in Lightroom, the kind that would normally be applied in-camera if I was shooting JPG.) I toyed with a few different angles and ultimately settled on this one because there were just enough hints as to what you’re seeing without being completely obvious, and I like that it still left a bit of mystery hanging there as well.

Even though you can’t see it by looking at this image, when I look at it I think of my two boys heading off to school: my oldest (who is five) going to kindergarten, and his brother (who is nearly 3) to the early childhood center run by a local church. Certainly the other snapshots we took that morning mean a great deal to me and my wife, but it’s the little things like this that I don’t want to overlook in the hustle and bustle. Sometimes it’s the details that can make all the difference.