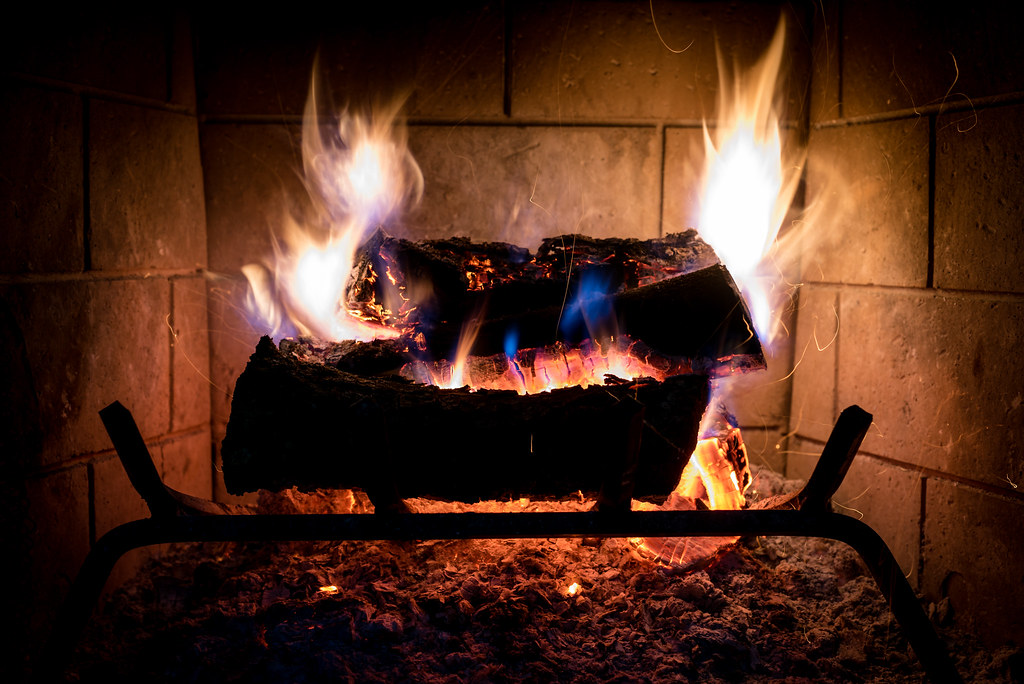 One of my fondest memories from childhood is that of making fires in our living room fireplace. My dad would get a big fire going at the drop of a hat, and we would burn all sorts of wood in there: old fence boards, scrap lumber, logs from felled trees, and even trash. Yes, as weird as it might sound, my dad often used the fireplace as a sort of homebrew incinerator and it was not uncommon on a cold day to find the wood in our fireplace augmented by discarded papers, used plastic bottles, or anything else that might otherwise find its way to the landfill. I think this tendency came from the days when my family used to live in Minnesota where, as I understand, it was fairly common for residents to dispose of trash by burning it in their yard. Or maybe it was just my dad. Either way, when I was a kid I figured this sort of thing was normal. Then again, my family also rode unicycles in parades so I might not have had the most typical childhood :)

When my wife and I bought our house nearly eight years ago I was delighted that we found one with a fireplace and for a while both of us enjoyed burning fires during many cold, and even not-so-cold, days throughout the winter months. Once we had kids we kind of got out of the habit because they required a lot more of our attention, and the last few winters here haven’t really been cold enough to warrant a blazing fire. A few days maybe, but the times when we had an opportunity to make a fire never really lined up with days that were cold enough to do so.

It was with almost giddy excitement, then, that on a chilly morning in January 2017 after a fresh snowfall which resulted in OSU and all public schools being closed I rushed outside to gather a big load of wood from out back and make a big ol’ fire just like we used to. I started it in the morning and we kept it fed throughout the day, and my boys (ages 5 and 3) were thrilled at the prospect of having the fireplace lit up all day. In what might have been a bit of longing for my own homeland of central Minnesota, my wife and I got out all their snow-based storybooks and huddled up by the fire to read about snowmen, sledding, and a perennial favorite, a hedgehog who ends up wearing a hat.

This being Oklahoma the show and cold weather did not last long and the next day temps were in the mid-30’s, and the day after that one would be hard-pressed to find any evidence that it had snowed at all. To capture a bit of the day I took this shot after the kids were in bed with my D750, 50mm lens, and a tripod. I shot it at f/5.6 to get the image nice and sharp while getting a bit of background blur, and used a 10-second exposure to get some flames and sparks too. This was one of about ten shots I took and while some had more flames and others more sparks, I liked the cozy feeling of this particular photo the best. I’m not sure when another day will come around that we can build a fire, but I’m glad we had the chance to do it and my kiddos got to help out a little bit too. Who knows…maybe one day they will get to do the same thing in houses of their own. Just hopefully with wood and not trash :)