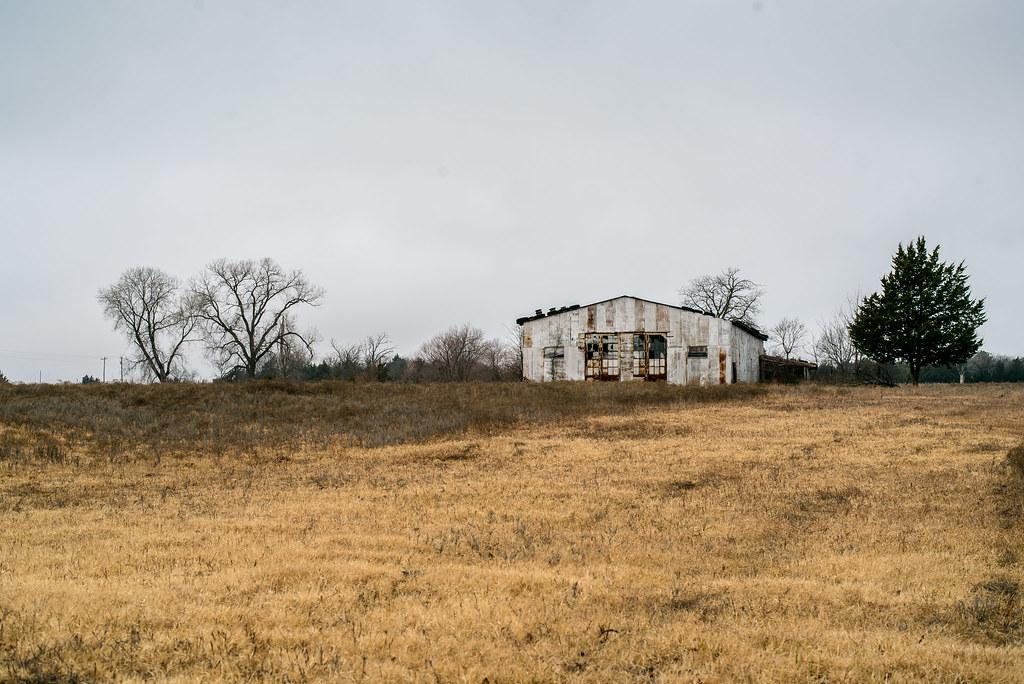 Before you ask…yes, the title of this picture was taken from an Ed Sheeran song :) The song itself didn’t inspire the photo though, and in fact this was a picture that, contrary to many of the pictures I put here on the blog, was deliberately planned in advance. On a chilly weekend in January my wife and I loaded up the kids in our car to take a little drive so our youngest would hopefully fall asleep and take a nap…which actually worked. Woohoo! As we headed south out of town we drove past this dilapidated, um, barn? Shed? Workshop? I’m not even sure. But whatever it once was, it had clearly fallen on hard times and as we drove past I had the distinct though that it would make for a good picture. So a few days later I returned to the scene on my way to work in an attempt to make good on my vision.

Going in to the shoot I knew I would need a couple of specific pieces of gear. Based on the proximity of the building to the main road, and the fact that right in front of where I stood to take this image there was a barbed-wire fence to keep out any trespassers, I knew I would need to use my D750 if I shot this with my 50mm lens. I could get no closer and no farther from the building than what you see here and I knew that if I shot this with my crop-sensor D7100 it would be much too tight and I wouldn’t be able to capture a sense that this building was part of a much larger landscape. I also knew I would need a tripod since I was going to shoot this early in the morning, and finally I understood that I would have to shoot in manual without Auto-ISO in order to get precisely the end result I was hoping for.

That advance mental preparation paid off quite well and on the morning I took this shot the sky was quite overcast which provided a nice even, and rather somber, light to the scene. I hopped out of the car, grabbed my D750 and tripod, and walked right up to the fence to take a few pictures. I shot this at f/8, ISO 100 to get everything nice and sharp and this particular image required 0.3 seconds to get a properly-exposed photo. (Bonus tip: if you’re doing shots like this with a tripod, use a delay timer so your picture isn’t affected by your finger wobbling the camera when you press the shutter button.) There was not much room to move around laterally either, which was fine because the spot I was standing gave me pretty much the exact view I was hoping for. I also composed the shot specifically with the pine tree on the right and the other two trees, sans leaves, on the left. I tried shifting my view a bit to the north but other trees soon entered the frame in the foreground which wasn’t what I wanted at all.

In the end I’m happy with how this turned out and part of me wonders what the history of this place is like. Since I don’t know, I like to make up my own stories which can be a lot more interesting than finding out what really happened. I’m also reminded of how, even though I’m a big proponent of spontaneous photography, it’s also a good thing to plan your shots and create a deliberate composition from time to time.