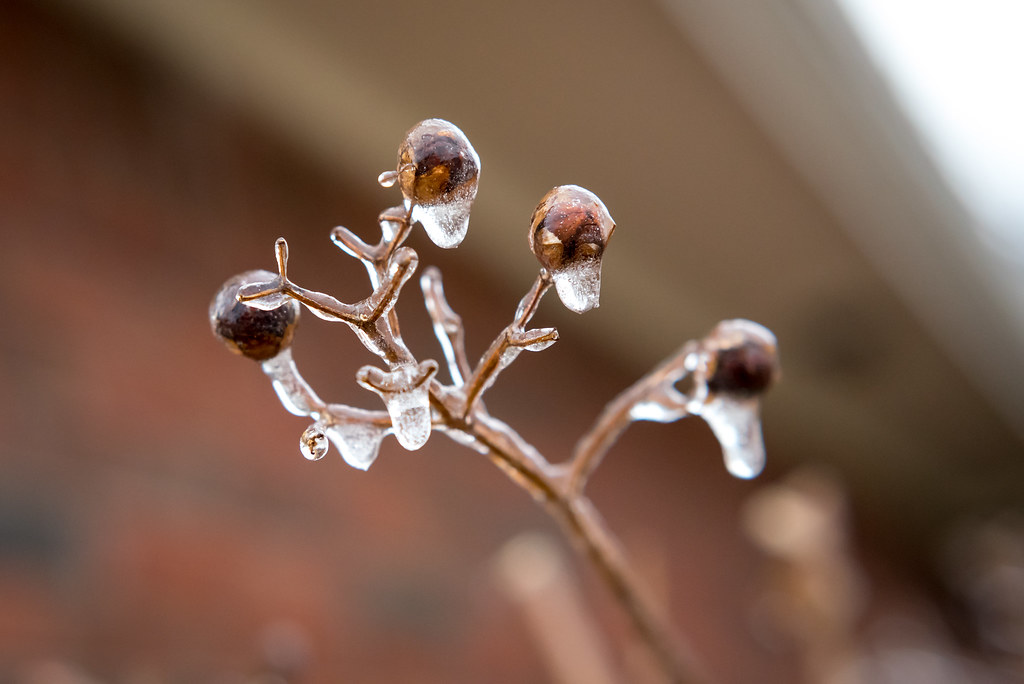 When my wife and I moved to Oklahoma several years ago we were told a couple things about the weather that we were cautioned to keep in mind. The first, regarding tornados, was obvious and we soon followed through on getting an underground storm shelter installed on our property. The second was something we didn’t expect, which was that Oklahoma, apparently, doesn’t get a lot of snow in the winter but can get a lot of ice. I don’t know if we objectively get more or less ice than, say, Nebraska, Minnesota, Wisconsin, or Kansas, but I certainly can confirm we get far less snow. Nonetheless, when we do get ice storms here they tend to be pretty bad and such was the case, or so we thought, on a chilly weekend in January when Winter Storm Jupiter made its way slowly across the midwestern plains.

Though the weather conditions didn’t quite materialize how meteorologists were predicting, we did get a fair amount of ice here in town and when my kids and I woke up on Saturday morning (I like to let my wife sleep in on the weekends) we saw that the whole world outside was covered in a thin sheet of frozen water that glistened in the morning sunlight. I quickly grabbed my camera and walked around the yard for about five minutes attempting to take a few shots before things started to melt, and came back with a few dozen pictures of branches, leaves, icicles dangling from fences, and crepe myrtle buds like what you see in this week’s picture above. I shot most of the pictures with my +4 filter at f/4 or smaller in order to get things as sharp as they could be, and this one was my favorite of the bunch.

This picture could also be seen as some kind of tangible evidence of my own progression as a photographer. The last time I remember having the opportunity to take pictures on the morning after an ice storm I made an image called Winter Berries that I posted to Weekly Fifty. I like the colors of that photo but looking back on it I think it’s far too cluttered, with a depth of field that is way too shallow given the foreground elements, and generally leaves the viewer with a sense of relative confusion. This week’s image, by comparison, is much more focused with a cleaner overall composition, and the viewer’s eye is specifically directed to just one or two elements. Now of course all this is a matter of personal taste and some might prefer the original over this one, but in my opinion this week’s image shows how my approach to photography has changed over the years and is, to be honest, much better than it used to be. And I’m sure a couple years from now I’ll look back at this picture and shake my head, wondering just what in the world I was thinking. But that’s good! And if it weren’t for the early steps we would never have the later ones.

Incidentally, this post comes almost exactly four years after I started Weekly Fifty. It sure has been a fun ride, and I want all of you to know how much I appreciate you taking time out of your days to read these posts, listen to the commentary, and even leave feedback. You are all part of why this blog is so special to me, and I hope it has helped you learn and grow as photographers too. Thank you, and I’m excited for what the next four years (and many more) have in store.

Here’s to the journey, folks :)