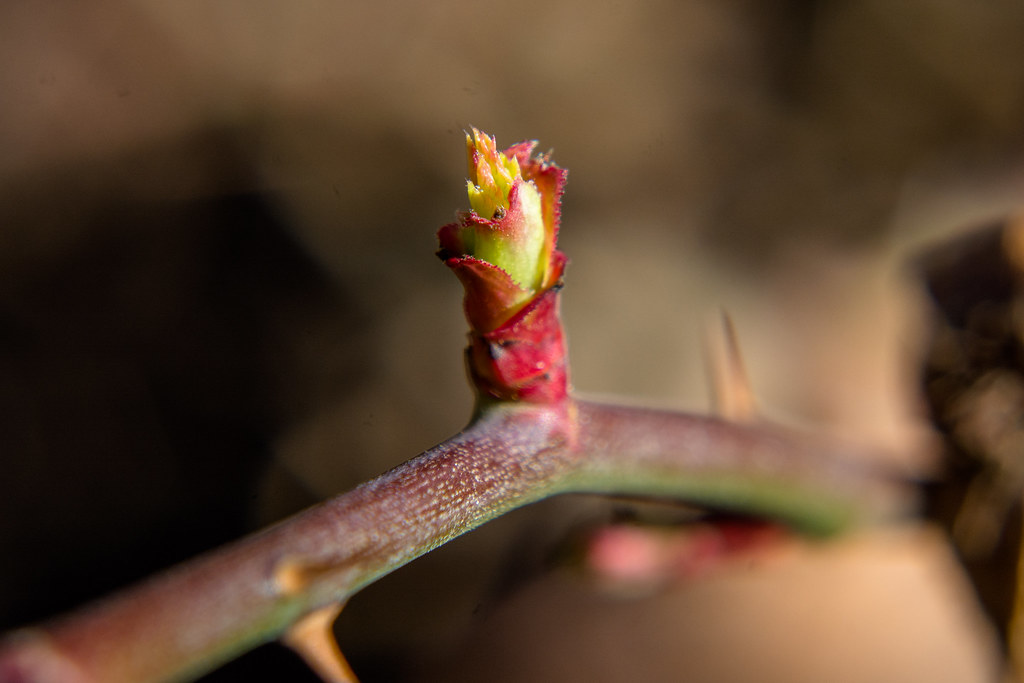 One thing I really like about using my close-up filters is that it’s helping me to see the world around me in a whole new light, especially the types of things I have photographed before. For instance, each year around February or early March I see all sorts of signs of life after a chilly winter, and one of my favorites to watch out for is rose bushes that are just starting to spring forth from their crispy brown cocoons. I’ve tried photographing this phenomenon before, but the results have been mixed as you can see here: 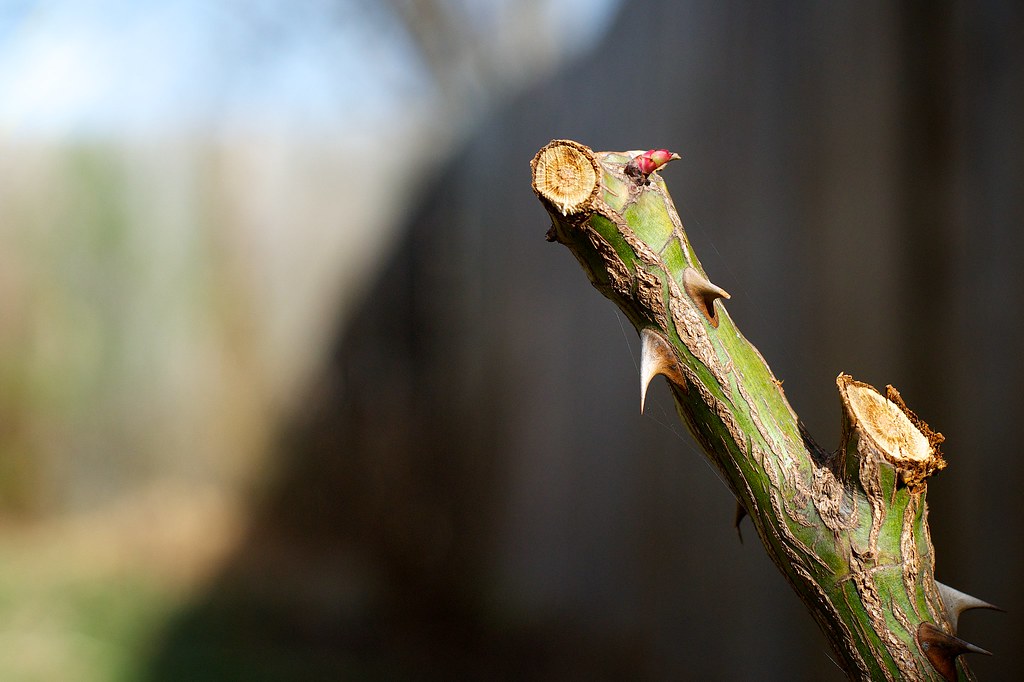 That was taken in my back yard with my 50mm lens on a Nikon D200 and focusing as close as I could get it. The bud itself is the same physical size as the one in this week’s post, and yet because I simply couldn’t get very close to it without my lens being able to focus on it, the entire picture feels different. You see a giant chunky thorny green branch from a rose bush…and wait a minute, there’s a little red thing peeking out. Indeed some viewers might not even notice the bud, and this is addition to the relatively poor composition of the picture in general. Oh well, you live and learn right? :)

Contrast that image, taken in March of 2014, to this week’s picture which I took nearly three years later. Not only have I learned a lot more about creating a well-composed photograph but I was, thanks to my +10 close-up filter, able to get much closer to the little red bud. So much that it nearly fills the frame and is obviously the clear subject of the image. The second picture is so much better (in my opinion) that it’s not even close, and I’m constantly amazed at how using a close-up filter is able to bring out so many rich details that are all around us but often go unnoticed.

Focusing this image was tricky as all get out, since shooting an object a few inches away results in a depth of field that is downright unwieldy. I initially took some shots at f/4 but then stopped down to f/8 to not only get a sharper image but to get a slightly wider area in focus too. The f/4 shots also lacked a sense of context, as the background was just a blurry cloudy mess whereas in the f/8 iteration you can (sort of) see a thorn extending from the branch which hopefully sends a signal that this is on a rose bush and also gives a sense of scale for the bud.

So yeah…maybe I’ll make a whole series out of this. “Re-taking shots I couldn’t get before I had close-up filters.” Hmm :)