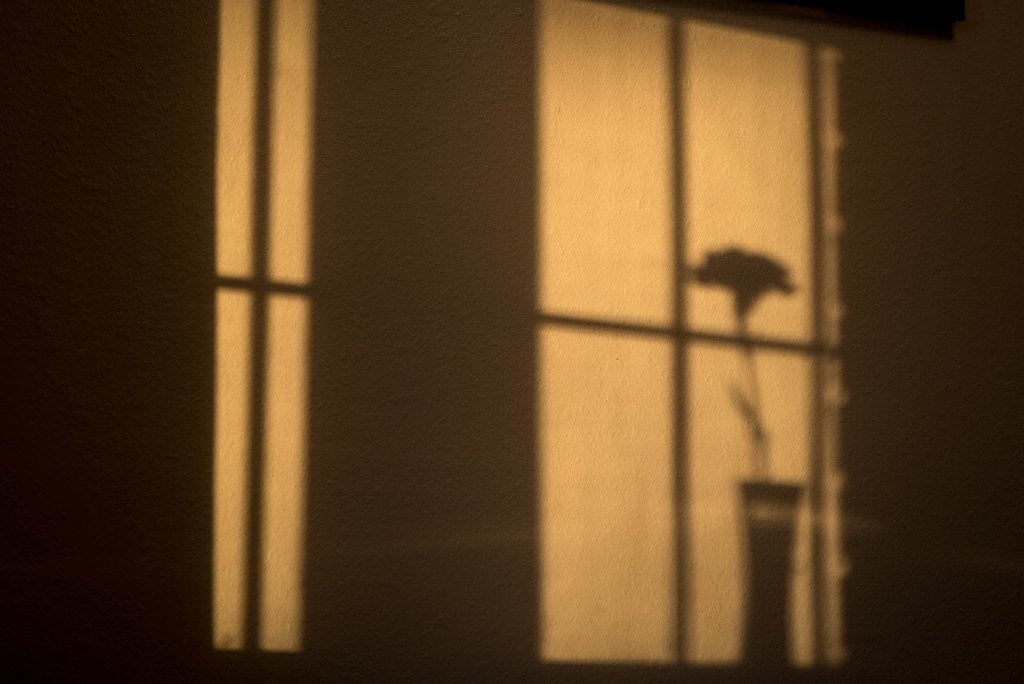 So this is a different sort of take on the traditional picture of a flower, and it’s an idea that came to me while I was eating breakfast with my kids one morning in March. My son brought home a carnation from school about a week prior to this picture as some sort of fund raiser where students could support the PTA (or other such organization) by buying a flower and having it delivered to a friend. He was thrilled with the flower and my wife found a nice simple vase to hold it, and it had been sitting on the window sill for several days afterwards. My wife called it “The Little Carnation that Could” because it just kept hanging in there long after we would have predicted its demise, and I thought it would make an interesting photo opportunity.

The trick, though, was in figuring out how to photograph a flower against a window and make the resulting image look interesting while also not being too over- or under-exposed. I thought about a couple different compositions before settling on what you see here, which was taken just as the sun was peeking over the horizon. I don’t often take pictures that exclusively feature shadows, and the idea of taking a bright pink carnation and reducing it to nothing more than a black-and-white silhouette seemed anathema to me and yet I quite like the result. It’s a different sort of way of looking at something familiar.

If the image appears somber, sad, introspective, or even depressing I promise you that’s not my intention at all. Take from it what you will, but before and after I shot this photo I was helping my two boys (ages 5 and 3) pour cereal and get dressed for school, and much of that involved the typical sorts of goofing around and odd noises one might expect on any given morning with kids that age :) The resulting image is a bit unique in my collection of photographs and I am happy with how it turned out, even though it takes a rather bright and cheerful flower-by-the-window scene and turns it into something else entirely. I guess that could be a statement about the power of photography, but for me it was really just about experimentation and trying something new. And I think it worked :)