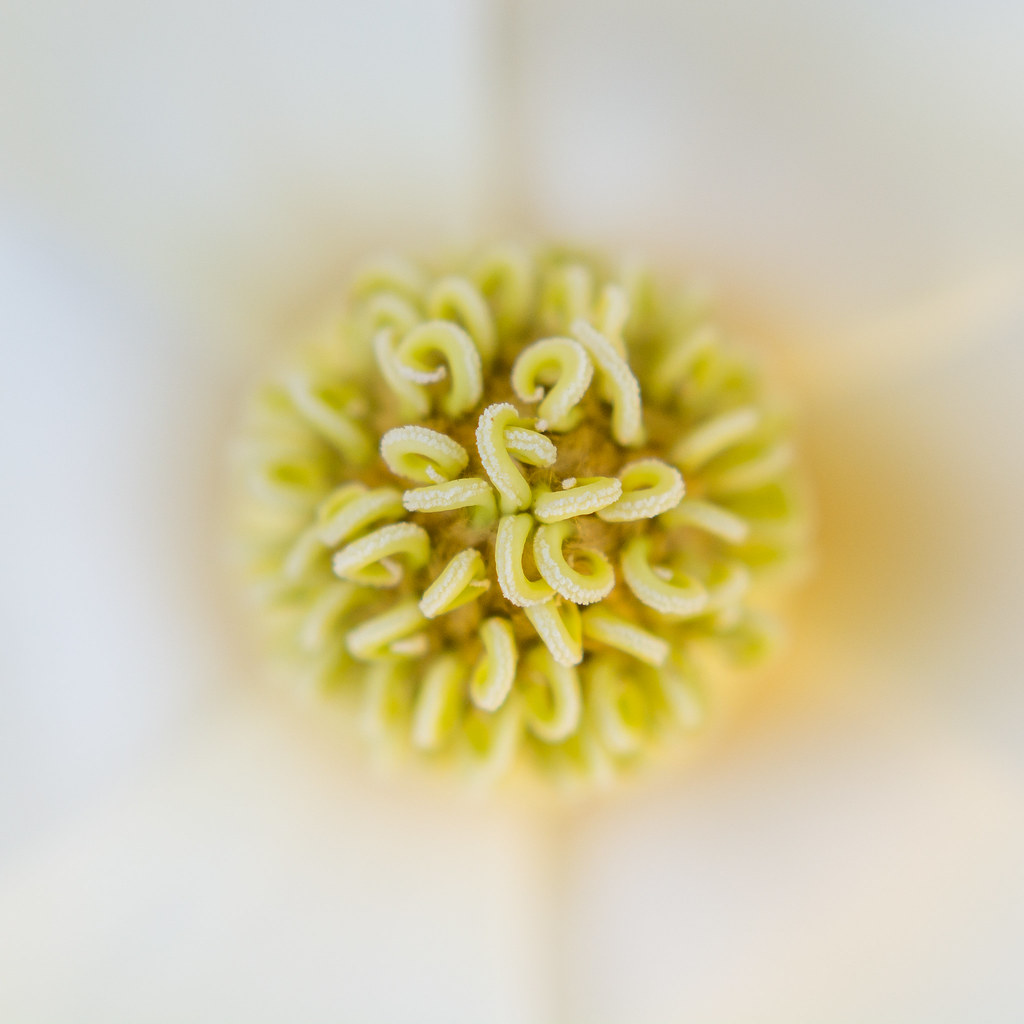 This shot surprised me.

I was headed back to my office after running an errand on campus and, as is often the case, I was carting my camera and close-up filters on the off-chance that something caught my eye and caused me to stop for a picture. And boy howdy, something sure did. This was taken on the magnolia tree mere inches from my office building, and as I stopped to look at the flowers I though of taking a top-down picture which was, frankly, unlike any other magnolia photo I had taken before. I thought it would merely be a fun experiment and very little would come of it, but as I was looking at the photos in Lightroom this one really stood out to me. It required very little in terms of editing and all I did to crop it was bring in the sides to make it a square image (which I rarely do, especially for my Weekly Fifty pics) and juuuuuust a tad bit on the top as well.

The result was an image that I was not at all expecting, and one that, if nothing else, is certainly unique as I scan through my Flickr page. I don’t normally shoot my subjects from directly above, and when I use my +4 close-up filter I don’t normally shoot at f/2.8…and yet here’s both of those. I also generally use more colors than this, but here you see very little in terms of variation and the entire image is really just white and yellow. Add to that the fact that it’s cropped to be square and…well, you see what I mean.

I’m honestly not sure what to make of this picture; I think I like it but I’m not really sure. So in the end I’m just going to say that it’s different, at least for me, and leave it at that.

Taking the photo only took about a minute and I had to hold my camera in my right hand while steadying the flower (which was just a few feet off the ground) with my left hand. I used the center focus point and shot about 12 pictures hoping one would be in focus, and used a couple different aperture settings in order to get a good combination of depth of field as well as overall sharpness. In the end it was this image, with mere millimeters of wiggle room in terms of DOF, that stood out to me the most. Most of the others from this series were either out of focus, off-center in terms of composition, or had bright sunlight poking through the white flower petals–all things that I was trying to avoid. It was fun to try something new and it gives me a few ideas to think about for future photos as well.