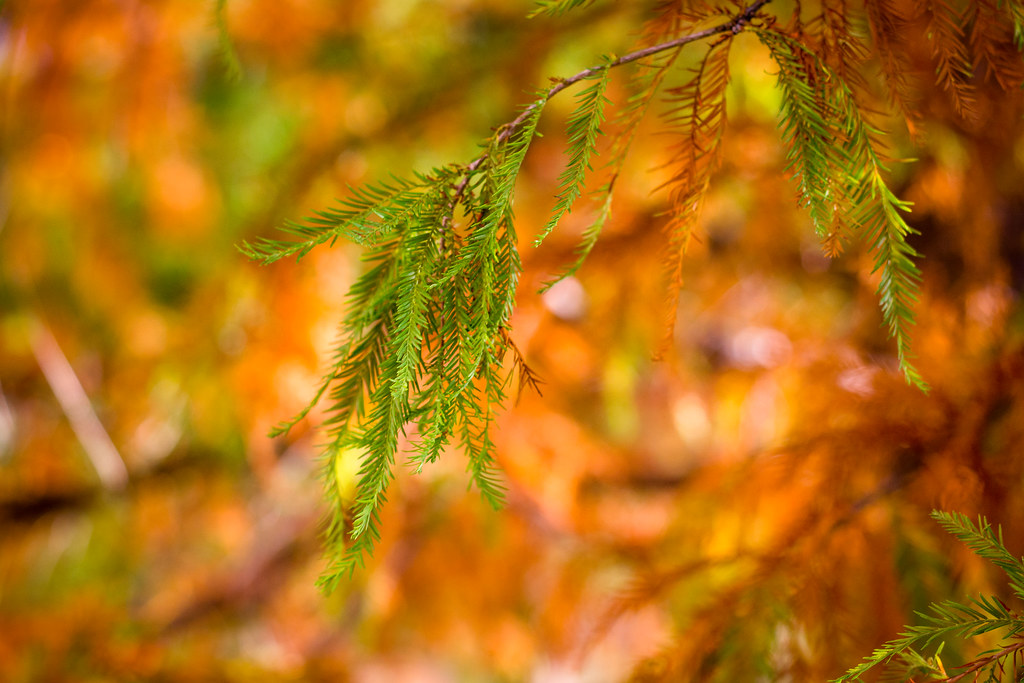 On the morning I shot this photo I was going through somewhat of a photographic slump. I think it was mostly due to the oppressive heat that was bearing down on Oklahoma through much of Summer 2017, and it was difficult to find the inspiration to get outside and shoot photos. I mean it, I barely even went outside at work which was a big contrast to other times of the year when I will often take a stroll around Theta Pond or head to the Student Union and back just to clear my mind. But boy howdy, after weeks of upper 90’s and low 100’s the thought of going on a walk was just not that appealing anymore. I was determined to find a way out of the picture-taking rut though, and even prayed about it on the morning I took this picture. Sure enough, as often happens when I submit things to the Lord, I found a couple of picture opportunities while biking to work that very morning.

The first was about a half mile from my house when I came across some flowers in a very small field right behind the strip mall I ride past each morning. I initially biked right on by and then stopped, turned around, and got down on my hands and knees with my D7100 to get a few shots of yellow petals poking up in the early morning. The shots were OK though nothing special, but I was glad I took the time to stop and at least try something. A few minutes later as I approached Boone Pickens Stadium on Hall of Fame avenue I decided to take a fairly innocuous detour and instead of taking my usual counterclockwise route around the perimeter of the colosseum I turned south at Gallagher-Iba Arena just because it would be different. And sure enough, it worked.

As I was riding south past the home of Cowboy Basketball I saw a row of cypress trees whose leaves were a mix of glowing green and deep brown, and the rich mix of colors in the morning light really was something special. At almost an other time of day the sunlight would have been too harsh to get a picture like this, but the sun just peeking over the horizon it bathed the whole scene in a warm glow that I don’t often associate with cypress trees. I debated for a little while about whether to use a close-up filter but decided not to in order to get a broader sense of context for the green leaves, and shot at f/2.8 instead of f/1.8 in order to get the subject a bit sharper with a wider depth of field.

Strangely, one of the trickiest parts of this shot was actually getting my camera to focus on the green leaves. Apparently it was small enough that my lens kept focusing on background elements instead of the green leaves in front, but eventually I got a shot that worked out fairly well. It was a good reminder that if I ever do get a little lost when it comes to photography ideas, a solution can present itself even if it lies just a hundred yards off the beaten path.