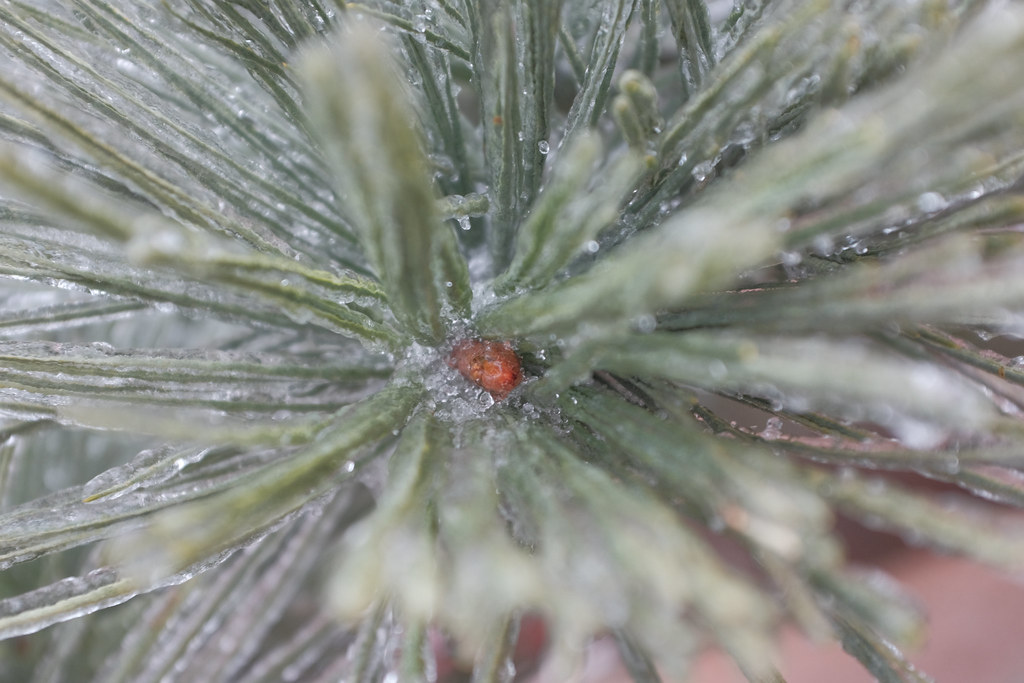 It seems as though every year, usually just once, we get hit with some kind of ice storm here in Oklahoma. It can range from mild to severe, and while it’s usually not enough to fell trees or topple structures, schools generally shut down and drivers tend to avoid the roads and my kids and I invariably end up outside just experiencing the change in weather. That’s what happened here, on a chilly Wednesday afternoon in mid February when ice from the previous day caused both OSU and the public schools to close halfway through the day. The boys, ages four and six, were itching to get outside so we bundled up and just spent a while messing around in the yard.

They were fascinated at the way the whole world was coated in ice, and it was fun to see them experience it as much as they possibly could. They ate icicles and whacked tree limbs with sticks and shovels to see what would happen and hear the sounds of ice clinking. We went to the back yard and they marveled (I’m not kidding. They really were amazed) at the way our deck chairs and swingset were encased in ice, and they wanted to take their gloves off and feel every surface before running on to the next fixture. I had my Fuji X100f with me and took several pictures of them romping around on the ice, and also shot a few close-up images of nature just to see what would happen.

The 23mm lens on the X100F focuses closer than my Nikon lenses (natively, that is. My 50mm Nikon lens with close-up filters gets much better macro shots) so I was able to get some pictures of flower buds, tree leaves, and other flora in a way that I don’t normally get to see. Most were kind of unremarkable but I liked the way this one turned out, with a bit of foreground to add some depth to the image instead of the focal point itself being right front and center. I shot this at f/2.8 because when the 23mm lens is stopped down clear to f/2 it gets a little soft when shooting close-up, and I’m pretty happy with how it turned out even though the colors aren’t quite what I would like.

Confession time, folks: on my X100F I have been shooting almost exclusively in JPEG mode as opposed to RAW, and using the Classic Chrome film simulation because nine times out of ten I just like how those colors look when I’m taking pictures of my kids. For this picture I should have either shot in RAW so I could tweak the colors a bit more or used a different film simulation, but to be honest I’m not even sure what that would be (I think the camera has about a dozen built-in simulations but I’ve only used a couple of them) and I didn’t want to spend five minutes fiddling with the camera. I took a few shots and quickly put the camera away so I could get back to what really matters: playing with my kids :)