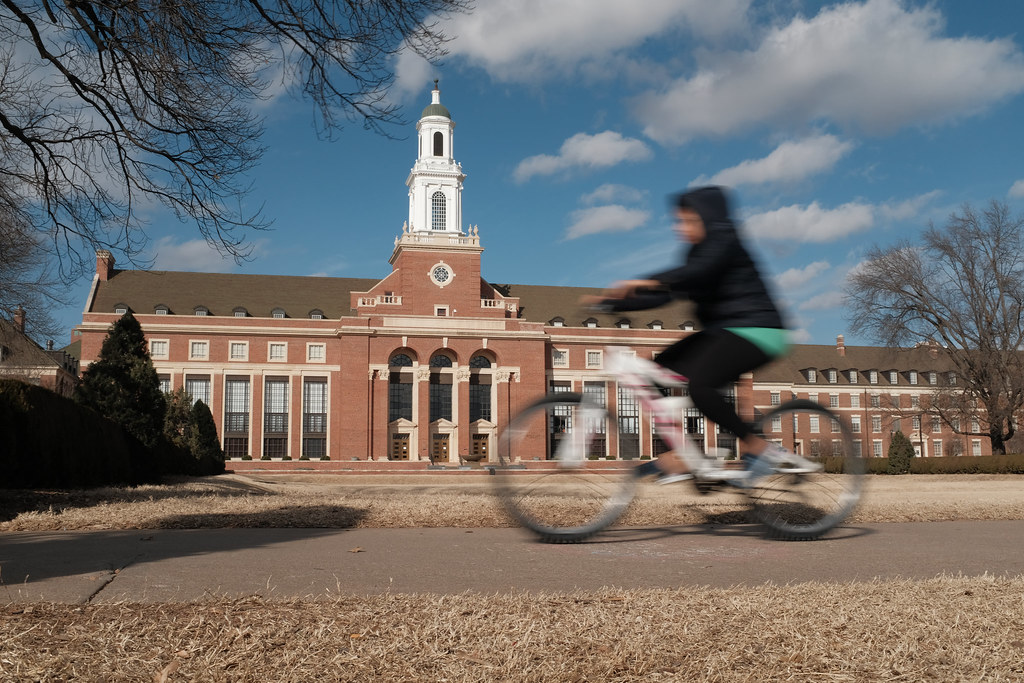 Isn’t it weird how the seasons work? In January it can be so cold that you long for warmer times of summer, but then in summer your mind can do a one-eighty and wish it were cold. In general I prefer warmer months to their winter counterparts, but at least here in Oklahoma we don’t often get buried under snow when it’s cold! (Such was not the case back in Minnesota…)

I shot this picture on an unseasonably warm day in January when it was about 50 degrees and felt like heaven. I was so thrilled with the nice weather that I went for a walk just to get out and be in nature for a bit instead of the office, and as luck would have it along the way I ran into my department head who I think was doing the very same thing! I had my X100F camera, still very new to me at the time, and was thrilled to be able to take pictures in public places without feeling too self-conscious about my big camera–something with which I have always struggled when using my Nikon DSLRs. The wide lens on the X100F makes it ideal for casual street-type photos like this one, and I used the Classic Chrome film simulation because I have found I really like the colors it gives me especially when shooting outdoors.

To get this image I sat on the ground, composed my shot, set my camera to 8fps drive mode, and waited for a biker to come across the scene. (Since it’s a college campus I knew I wouldn’t have to wait too long!) A few minutes later I saw this person approaching and as soon as they entered the scene I held down the shutter button, which resulted in about a dozen images taken in rapid succession such that I was able to pick this one picture out of the lot and feel really happy about it. I like how the cyclist is positioned in the space between the bell tower and the tree on the right, and also how the tree on the left gets close to (but doesn’t quite encroach on) the tower. Everything, as Sam Abell would say, occupies its own space within the frame and it’s one of those rare shots that came out looking pretty much exactly how I imagined when I set out to take it.