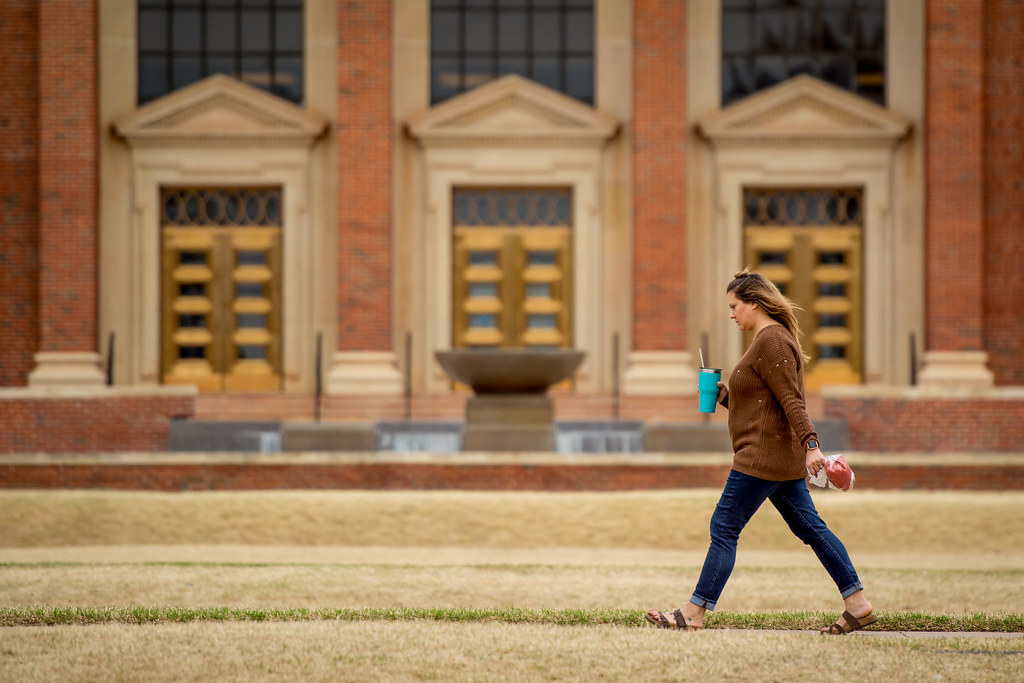 It’s safe to say you can file this under the category of “Pictures you can’t get with a 50mm lens.” And as I’ve said before it’s not that any one lens is better or worse than any other lens, just that each lens, with its unique combination of focal length and aperture, has its own strengths and weaknesses that need to be taken into account when shooting photos. In this case I had my 70-200 lens and wanted to get kind of a different type of picture compared to what I normally shoot, and I wanted to see if I could use it to put the Low Library on campus in a bit of a different context.

I’ve taken pictures of the Library before, but it’s hard to convey a sense of scale with just little image on a blog or website so for this picture I wanted to give viewers an idea of how massive and imposing the library is, even though you can only see just a small part of it. To get this picture I stood back….waaaaaay back…and used back-button-focus to lock focus on the path on which the woman is walking. Then I waited for people to walk across it and, with my camera set to continuous high-speed shutter, snapped several images in quick succession. For comparison, I took this picture with my iPhone at the exact same spot:

I was standing about 400 feet away from the library and about 100 away from the path, but zoomed in to 200mm on my crop-sensor D7100 helped create a picture that, I hope, really put things in perspective. It’s an interesting way to look at a familiar building and one that I hope conveys a sense of scale without actually seeing much of the library itself. I don’t know how our minds process these sorts of images, but by seeing the woman clearly in focus with the doors out of focus behind her it gives a sense of scale and distance that isn’t really present in other pictures I have taken.

I also shot this at f/2.8 in order to get the smallest possible depth of field which, even at these distances, was still a relatively small 8.5 feet. Shooting at f/4 would have increased the DOF by about 50% to just over 12 feet and made the building less blurry too, which would have resulted in a noticeably different picture. In the end I don’t know that there’s a whole lot to this picture other than just me playing around with a particular camera and lens combination I happen to like, but then, if photography isn’t fun and interesting why bother doing it in the first place? :)