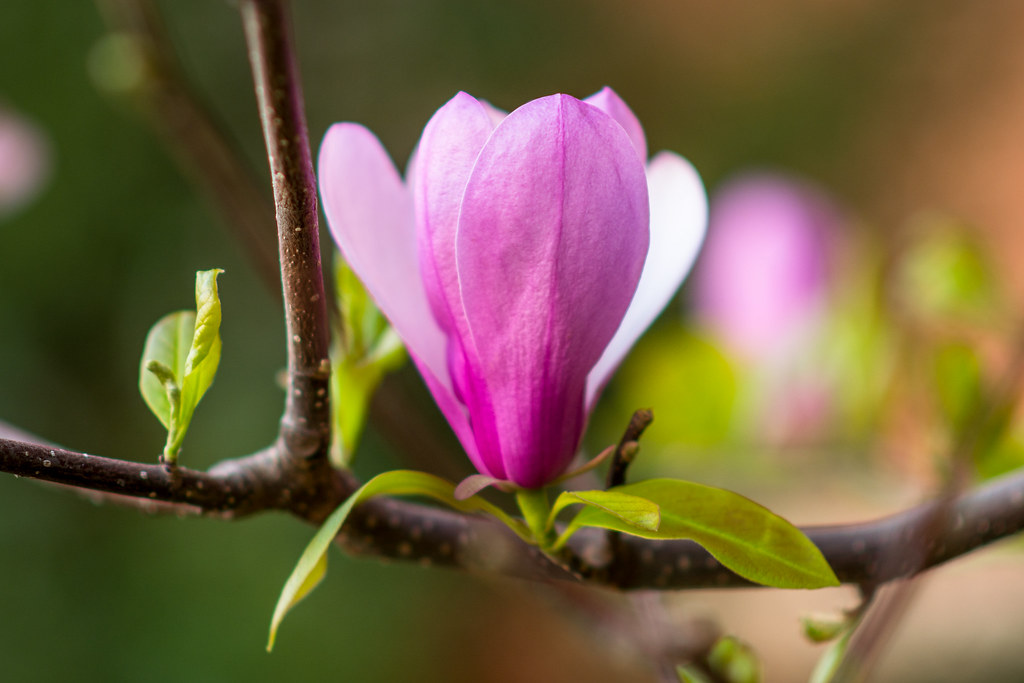 I took this not too long after shooting another photo of a similar flower, but I much prefer this image to the former which you can see if you scroll back a couple of weeks here on the blog. When these flowers open up in early Spring you don’t have much time before they whither away–maybe two days at the most–so when I brought my 85mm lens to campus I specifically sought out these flowers as photo subjects. Luckily I was able to get this image before I even got to work! I was biking past the east side of Low Library and saw one of these trees in full bloom with this particular flower right at eye level, and I really liked how it caught the morning light which made the colors have a richness to them that I don’t always see at other times of the day.

I shot this wide open at f/1.8 which can be a bit of a gamble on the Nikon 85mm lens since it’s a bit stronger and sharper at slightly smaller apertures, but I’m glad I went all the way on this because I really wanted to isolate the subject from the background. A smaller aperture might have resulted in a slightly sharper image but at the cost of some background blur which was a tradeoff I did not want to make.

More than anything I’m happy with how the compositional elements came together on this one. The flower is very close to (but doesn’t quite touch) the branch on the left, nor does it encroach on the purple flower in the background. It does overlap the green leaf behind it but that serves to make the purple stand out even more. I don’t know how well I actually planned those elements when I took the shot and though I wish I could take credit for all the stylistic elements of this picture I think simple luck might have been in play too :)