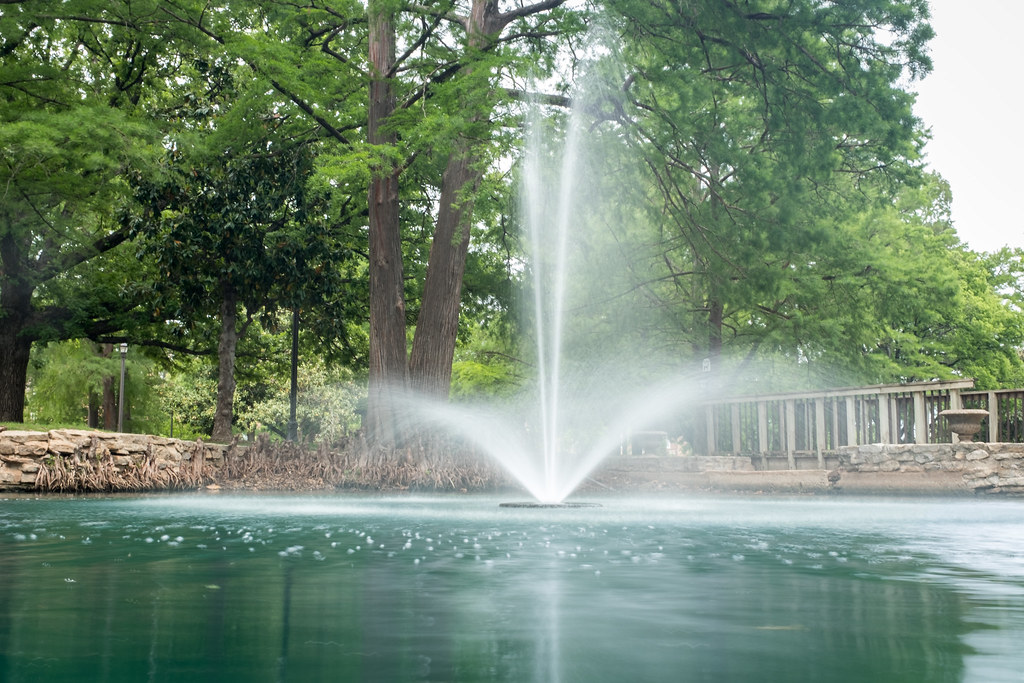 Ah, the classic Theta Pond Fountain shot. You can’t go wrong with pictures like this, and even though there have probably been thousands of images just like this one taken by thousands of photographers over the years here at OSU…this one is unique and this one is mine and I like it just the same. It’s something I’ve written about before here on Weekly Fifty and something I still struggle with–the idea that my photos have to be new and original or they won’t be of any inherent worth, and that’s simply not the case at all. Of course it’s good to try new things and experiment with new techniques, but there’s nothing wrong with going out and taking pictures of familiar subjects at familiar settings just because it’s what you like. And this is something I happen to like :)

I’ve had the Fuji X100F for about half a year now and I’m still kind of amazed at how useful this little camera really is. I went out for a walk on at work an overcast afternoon in the middle of May and the conditions were perfect for getting a shot like this–lighting was good, there was no wind, and campus was basically empty since graduation was the previous weekend. With the built-in ND filter on the X100F I was able to set the camera down on a rock, set a 2-second timer (to eliminate shake from pressing the shutter) and fire off a short burst of 1-second images that left the water silky smooth and the background tack sharp too. I shot this in RAW, unlike a lot of pictures I take with the X100F, so I could adjust the exposure and some other settings in Lightroom, and the result is the kind of picture I really like to have in my catalog.

And I guess I should say a disclaimer here too: I don’t mean to come across as someone shilling for one particular brand of camera, but good gravy I sure do like that X100F :)