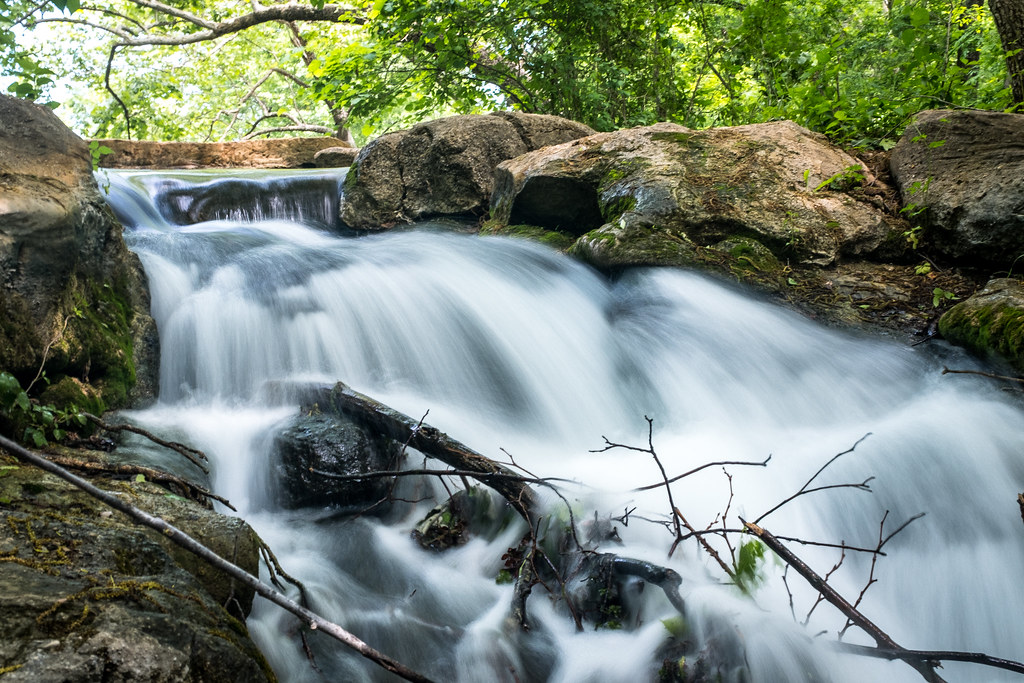 One reason I like my X100F so much is that it’s basically the ideal everyday camera as well as a professional workhorse, and a lot of this is due to its size and featureset. When my family took a trip to the Chickasaw National Recreation Area in May the X100F is the only camera we brought and it was so nice to know we had a full-fledged professional camera that was so small and light I barely even knew I had it with me. We spent the afternoon hiking and wading in the streams and at one point came upon a spot called Antelope Springs which, as it turns out, is the source of a lot of the water through which were just walking.

The boys spent a little while climbing on rocks near the springs and then we made our way west down a path where we came across this scene here. I didn’t have a tripod (I brought one but left it in the car…oops) so I set my camera down on some rocks, held it steady with my hands, activated its built-in 3-stop ND filter, put it in burst mode, and took several shots with about a 0.5 second shutter speed.

Most were horribly blurry due to camera shake but this one came out pretty nice, even though if you zoom in on the rocks in the background you’ll see that there still is a bit of wobble visible. It’s the kind of thing most people won’t ever notice but I know it’s there, and it’s a good reminder that the next time I set out to take a picture like this I’ll make sure to come prepared!