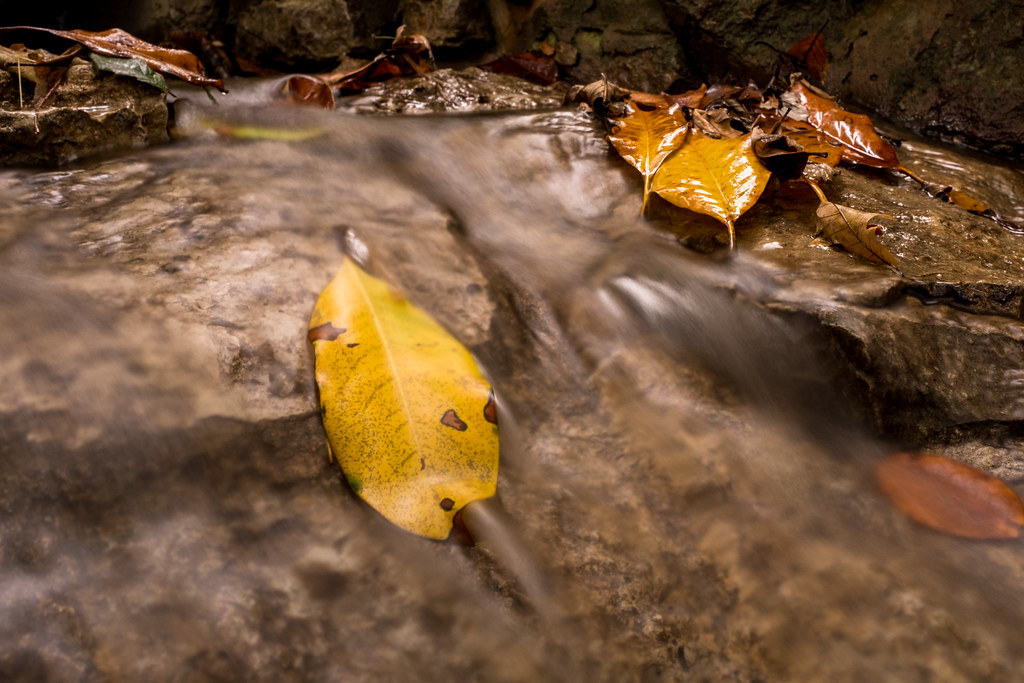 I didn’t think a whole lot of this photo when I originally took it, but over time I’ve come to like it quite a bit. It was almost an afterthought really, and not planned in any way, but I think it’s one of the better motion-capture images (is that a real thing?) I have taken. Not necessarily because of the technique or composition or anything like that, but because of the colors and the way the image implies a movement that’s not really present at all.

One rainy Friday morning in May I brought my camera to work to see if I could get some shots in the drippy overcast weather and made a deliberate choice to bring my X100F instead of my Nikon for a couple reasons. First, it has a built-in 3-stop ND filter that is perfect for situations like this, as it cuts down the existing light even more which allows for really slow shutter speeds in broad daylight. Or, in this case, broad overcastlight :) Also, the sheer size and weight (or lack thereof) combined with my little Gorillapod (aka small flexible tripod) meant that I knew I would be able to get up close and personal with a particular channel of water near Theta Pond. I thought this particular gear setup would help me get some fun pictures that I don’t normally get to take, and things ended up working out pretty well to that end.

After the rain let up I took a quick jaunt over to the pond and found the spot I was looking for, and took a couple pictures with my lens stopped down to f/11, shutter set to 1 second, ISO set to 200, and ND filter activated which resulted in some pictures where the water was silky-smooth as it rushed over the rocks. Then I saw this particular yellow magnolia leaf and thought it would look good as the focal point of one of these types of pictures, and I really like how it turned out. It was a fun little experiment to try and it makes me want to do more shots like this in the future.