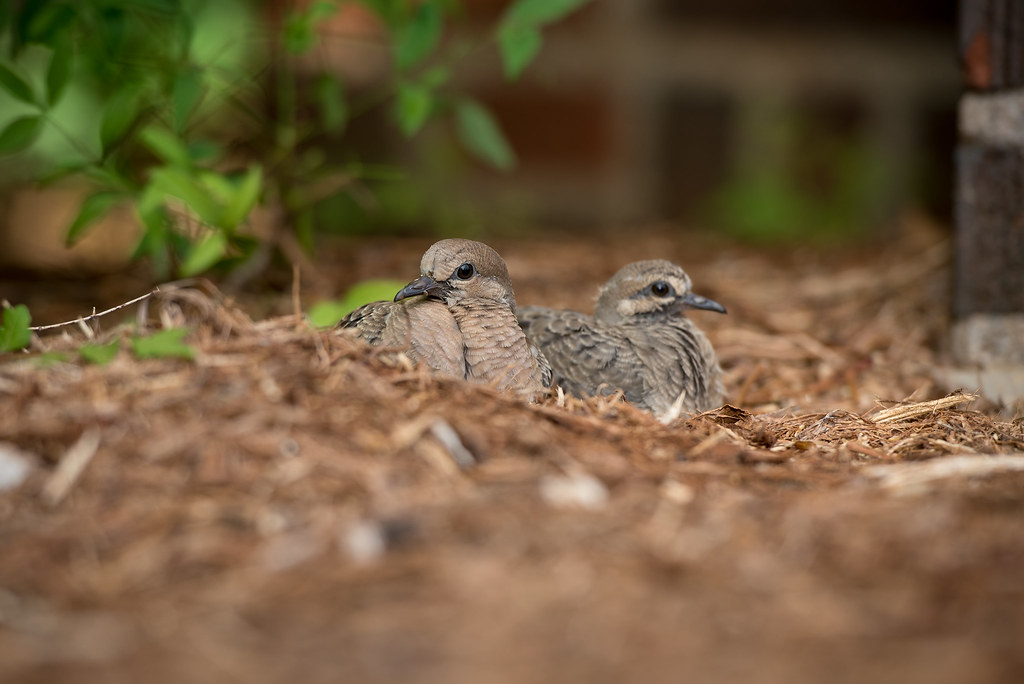 So…you know how it’s not too uncommon for me to talk about pictures I’ve posted here on the blog that were taken right near my building at work? This one kind of takes that concept to a new level: these birds are literally just outside of my building. Those bricks in the background are the outer wall of where I work :)

I shot this on a Thursday morning in June, which was the fourth day in a row that these two birds (doves, perhaps?) were sitting in this little shaded area together. I had seem there since Monday, sometimes with their mother, and I don’t know why she would choose this particular location for her babies but I’m just hoping everyone is OK. I saw them every day the rest of the week and while they do move around a lot, and tend to shift from one spot to another during the day, they don’t seem to be doing much actual flying. Why are there on the ground and not in a nest? Why aren’t they flying? Why are they so close to a place that clearly has people going in and out all day long? Who knows, but at the end of the day I just hope these little flyers are alright.

I took this with my D750 and 70-200 lens and even though I shot this at 200mm I still had to crop in quite a bit to get the final result. I really didn’t want to scare them away by getting any closer and even though 200mm isn’t a lot of zoom it was enough to get a sharp image of these two fledgling flyers.