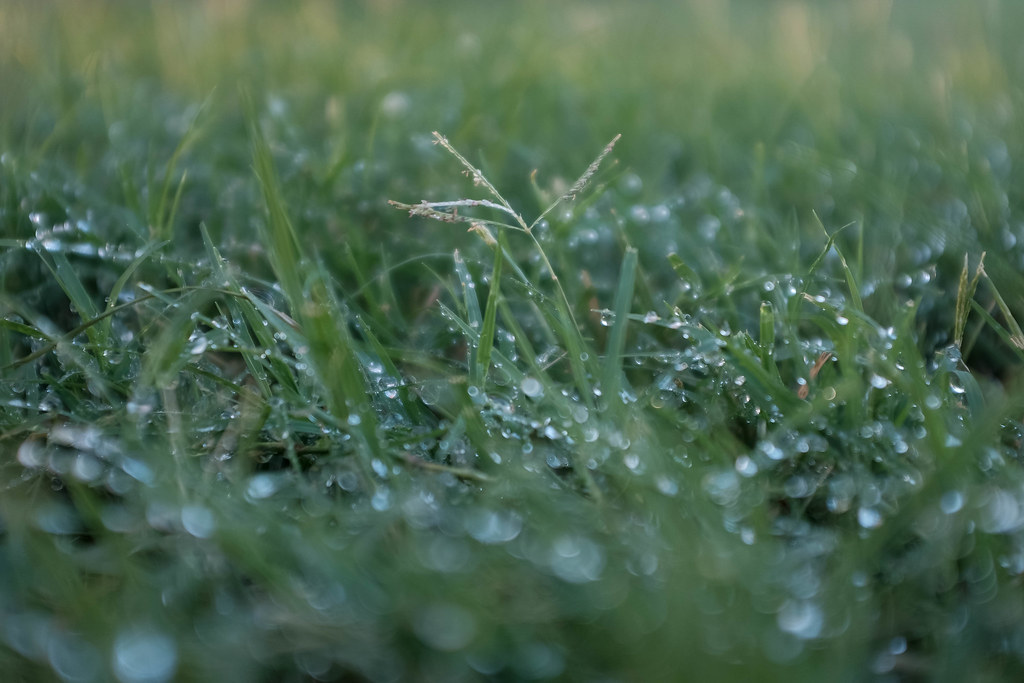 Yet another picture in the long line tradition of finding photo opportunities on my way to work. This one was just off the sidewalk between two buildings on campus about 7:25am as the sun was just peeking over the horizon and the grass was still wet with morning dew. I had my Fuji X100F with me in case the chance to take a picture arose, and wouldn’t you know it, I straight-up ignored this one that was right in front of my eyes. I saw this patch of grass, thought about taking a picture for roughly one and a half seconds, and then kept on walking because…well, I don’t really know why.

A little while later I thought to myself Why didn’t I just take a picture? and since I had no good answer, I turned around, pulled out my camera, and fired off a couple of shots. I was using the Classic Chrome film simulation which is why the greens look a little cold and, dare I say it, washed-out compared to if I had shot this with my Nikon and edited the RAW file in Lightroom. Though I might have made different choices regarding color rendition using the latter process, I’ve really tried to embrace the simplicity of shooting JPG and have appreciated spending less time fiddling with sliders on my computer than I used to. And so, what you see is what you get and I’m fine with that.

I really wanted to get some shallow depth of field with this, but when shooting with a 23mm lens you have to a) use a really wide aperture and b) get pretty close to your subject. Thankfully I was able to do both but that meant a trade-off in overall sharpness because using the X100F at its maximum aperture of f/2 gives close-up subjects a bit of a wistful, dreamy quality. Or as a lot of internet reviewers point out, a lack of sharpness. It doesn’t bother me that much since you have to zoom way in to see that the edges of the piece of grass in the center aren’t razor sharp, but it’s something that most people (myself included) probably won’t notice.

What makes this image unique for me is the dew in the foreground and the yellow sunlight glow in the background, both of which create a sense of calm and peacefulness and hopefully help the viewer feel, in some small way, something similar to what I felt on that chilly humid morning in late August when I shot this. A few seconds later I was back on my way to work but it felt nice knowing I was able to capture a small slice of what the morning had to offer :)