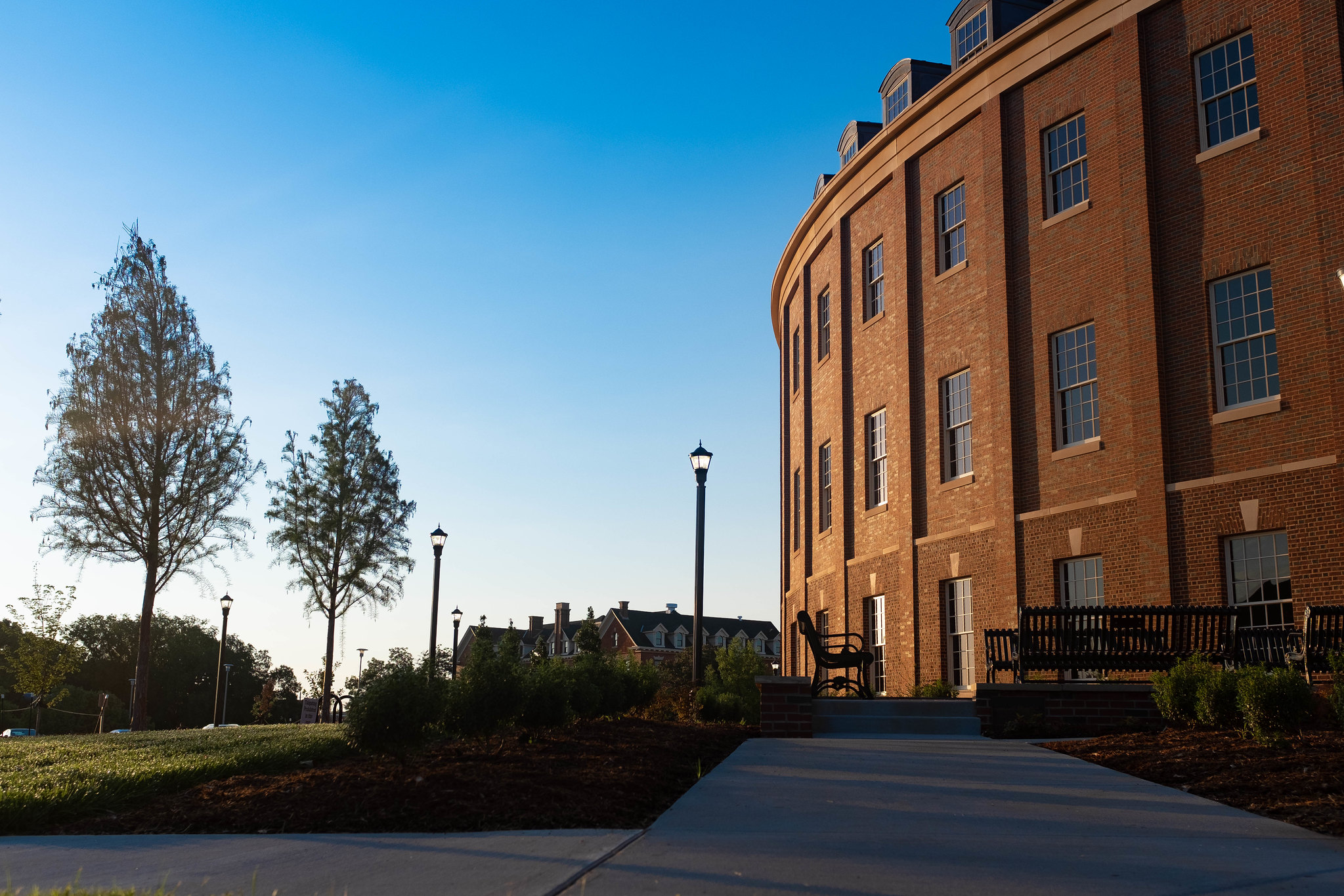 I’m not the biggest football fan in the world, and if there were a sliding scale of total apathy to insane fandom I would definitely be closer to the former than the latter. I do think it’s fun to watch and I admire the strategy inherent in the game, and I’ll watch a game if it’s on TV but I don’t really go out of my way to cheer for a particular team or deck myself out for tailgating. That being said, there is something cool about working on a college campus and being a part of the excitement and hubbub that starts to swell soon after the school year begins. And yet, none of that sense of activity is captured here at all.

Instead we have a serene scene not with the football stadium but the Spears School of Business building which is just south of where the Cowboys toss the pigskin around. Truth be told as I biked around the west side of the stadium on the morning of August 30, the day of our football season opener, I wasn’t thinking about a picture at all. I was just heading to work like any other Thursday with the exception that on this particular day there were already signs that game day fever would soon be felt around campus. For the moment, however, things were calm and the sun was rising and the weather was a mild late-summer 75 degrees Fahrenheit.

So when I saw the Business Building basking in the morning glow of the sunrise I stopped, hopped off my bike, and shot a few pictures to try and capture the sense of calm-before-the-storm. Or maybe not even that, but just a sense of calm and peace. It felt still on that summer morning and even though it wouldn’t be long before the whole campus (and this spot in particular) would be buzzing with activity, here was a slice of time that was just kind of tranquil. I did just a bit of retouching on the file to get a slightly bluer sky and slightly richer red on the building, but otherwise what you see here is a good reflection of the morning as I saw it. Hopefully the orange glow and long shadows give you a sense that a new day has just begun, and hopefully this picture might even bring just a tad bit of peace to your Wednesday before things get hectic with life.