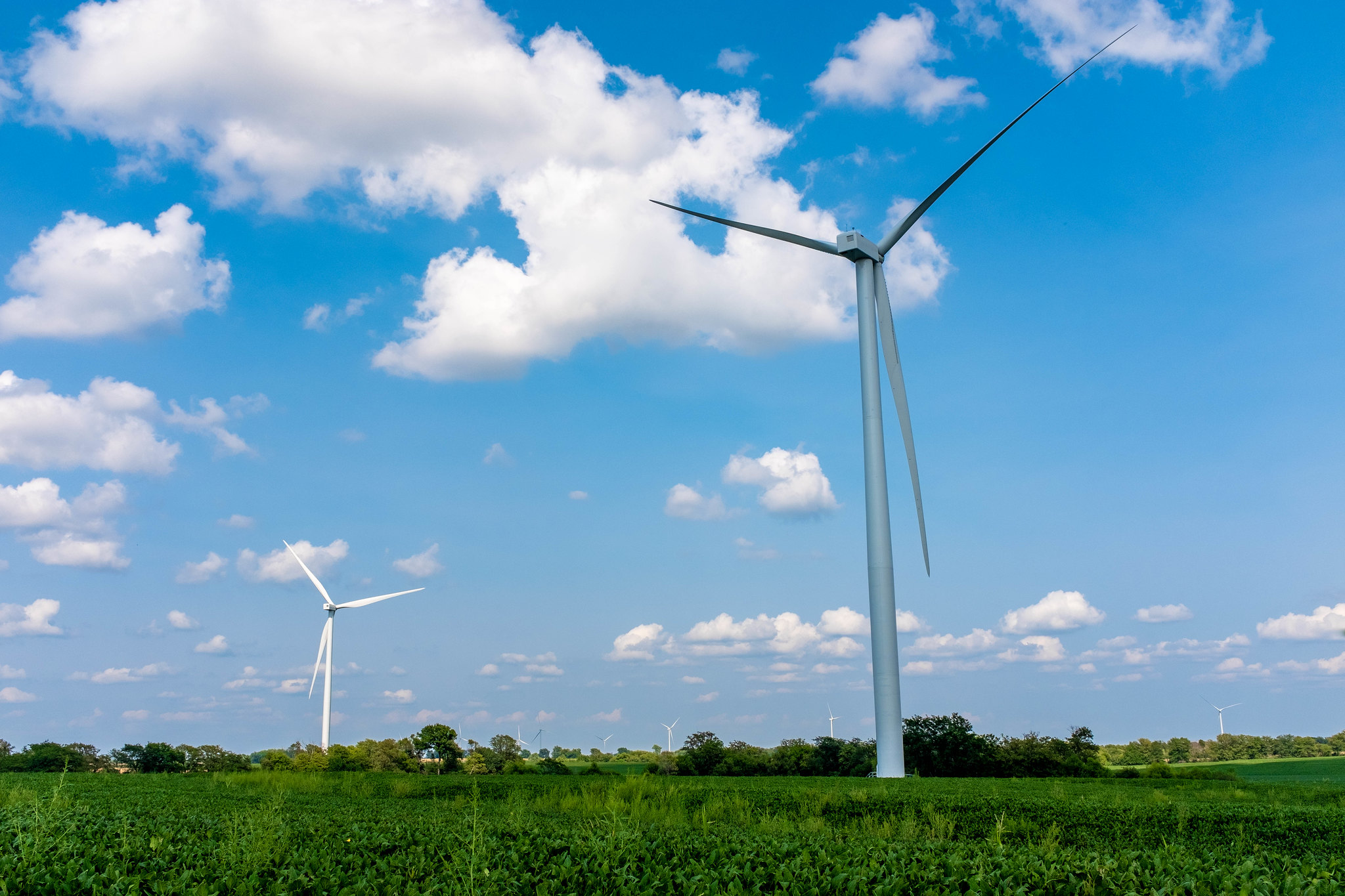 In some ways this is a picture I’ve been trying to take for quite some time. I’ve long been a fan of looking at the giant wind turbines that dot the landscape in the midwest, but it’s hard to realize just how massive they are when you pass them on the freeway doing 75mph. Occasionally we’ll find ourselves at a rest stop or gas station with wind turbines on the horizon, but it’s not really easy to get up close and personal. However when I drove from Oklahoma to Minnesota earlier this year I was able to do just that and thankfully I had my camera with me to document the occasion.

I shot this on a stretch of Highway 36 between St. Joseph, Missouri, and I-35 going through Iowa and it really was a spur-of-the-moment picture. Unlike interstates you can leave state highways just about any time you want (as opposed to waiting for the nearest exit which could be several miles down the road) and when I saw this turbine looming ahead of me on the south side of the highway I turned off on a dirt road and drove about a quarter mile until I was within spitting distance of this massive monolithic energy-harnessing machine.

I actually didn’t get super close to these turbines because my goal was to take a picture of them, not to literally touch them (which I’m fairly certain would have been trespassing) but it was neat hearing the creaks and moans of the turbines as a slow breeze turned the giant blades. Since the only camera I had with me was my Fuji X100F I couldn’t exactly zoom in or out so instead I had to drive up and down the dirt road just a little in order to find a spot that would let me get the shot I was looking for.

I took dozens of pictures on burst mode because I wasn’t sure what would look best in terms of the position of the blades, and of all my images this one turned out to be my favorite. It captures a lot of what makes these turbines so interesting: the sheer size, the quantity (especially if you look towards the horizon) and the fact that they often just protrude hundreds of feet from the middle of a cornfield. Or, whatever kind of field this is :)

I know there are disagreements about the usefulness of these turbines, the noise they create on windy days, the eyesore that they can be, and even the way in which they can harm birds and other wildlife, but it is cool to see such massive machines turning air into energy that powers our homes and businesses. Also, they’re just really huge which makes taking pictures of them kind of neat.